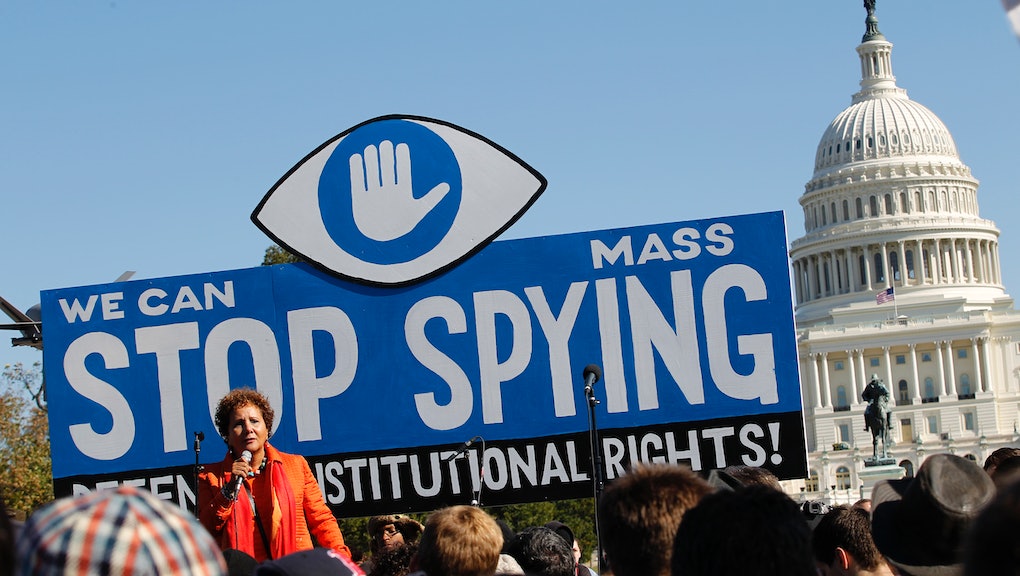 Obama's White House is Plagued By "Concealment and Lies"

This weekend on "Face The Nation," Bob Woodward and the panel discussed the inner workings of the shadow government that operates within the Executive Branch and the lack of accountability these organizations face.

The panel touched on the Warren Commission, the absurd number of times we attempted to assassinate Fidel Castro (See 638 Ways To Kill Castro), and finally on the NSA's domestic surveillance program and the drone strike assassinations ordered by the president.

In general, the panel spoke about how departments often hide their work when issues come to light. This lack of transparency means that oversight groups and committees are rarely able to attain evidence against officials higher up on the chain of command for wrongdoings

Many politicians travel this country and preach about how they're going to make their particular government body the most transparent — in the state, country, world, or galaxy. A memorandum for the heads of executive departments and agencies issued by the White House specifically stated, "Government should be transparent. Transparency promotes accountability and provides information for citizens about what their government is doing." Yet there continues to be a lack of accountability for management in the public sector that does not exist in the private sector.

When it comes to the regular assassination of enemies, our country isn't exactly a stranger. What does seem to be new is the "kill list," President Obama created to authorize striking terrorists whether they arebe American citizens or not. American citizens could be killed by the actions of bureaucrats in Washington, D.C., and the truth could be lost somewhere in between office memos and the memories of those called before Congress.

When Edward Snowden blew the lid off the pot of the NSA domestic surveillance program, people saw just how much the NSA has dug into their lives and the lives of our allies. They NSA has claimed that the president is not aware of the actions the department takes, a claim echoed by David Axelrod, who stated that Obama has so much beneath him that he can't know everything because government is "so vast." Whether you believe the White House or not with regards to the president's direct knowledge is one thing, but isn't it a warning sign that those who are unaccountable are making the decisions to spy on millions of phone calls a month? Despite promises of increased transparency we are seeing a growth in power for the unaccountable.

If this is true, and the shadow government continues to make these decisions without oversight by anyone, even the president, then our republic is in dire straights.