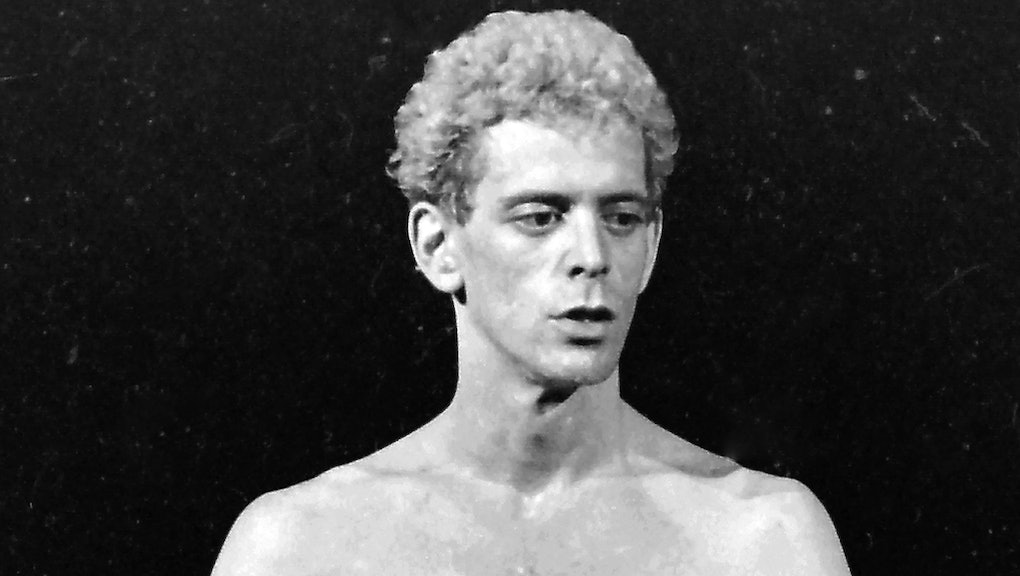 Former Velvet Underground frontman and rock icon Lou Reed died Sunday morning at the age of 71. Millennials may not have grown up with Reed's music, but nearly 50 years after the Velvets first burst onto the scene (with a little help from Andy Warhol), it's hard for anyone not to be impressed by the raw, brutal originality of his greatest work. It's not that albums like The Velvet Underground and Nico sound like they could have been recorded yesterday — it's that even today, no one else has made anything quite like them.

PolicyMic's elegy for Reed discusses his NYC-to-the-bone persona and his influence on everyone who came after him, but around the office, we've decided to celebrate instead of eulogize. Here are PM staff's picks for their favorite songs from Reed's long and indisputably badass career.

From The Velvet Underground and Nico, 1967, one of Reed's simplest and loveliest pop songs.

This song, also from The Velvet Underground and Nico, took on the topic of drug abuse in a way that was gritty, brutally honest, and unheard of at the time. It puts the Beatles' and Rolling Stones' floofy acronyms about LSD to shame.

The closing track off the band's 1970 album, Loaded. PolicyMic'er Benjamin Naddaff-Hafrey writes, "Reed plays with total disregard for precision; strumming his sloppy chords with trademark cool. For a whole generation of musicians who were never going to be rock gods, Lou Reed made unbelievably cool music seem achievable without studio trickery or triple-necked guitars."

From Reed's 1972 self-titled solo album, his first after the breakup of the Velvet Underground.

From 1969. One of the best examples of Reed's seismic guitar style, a technical shambles that somehow managed to get straight at the heart of things anyway.

From the 1989 concept album New York, which was Reed's most direct and fully realized work about the city that had been the backdrop to his entire career.

A couple members of the PolicyMic staff may or may not have shouted out the chorus to this song in the office this morning.

From The Velvet Underground and Nico, this was the second song on the album, and turned "Hey white boy, what you doin' uptown?" from a taunt into a slogan.

From 1969's The Velvet Underground, proof that Reed could write a quiet, beautiful (if slightly twisted) love song with the best of them.

The VU got a little bit of help early in their career from artist Andy Warhol and the German singer Nico, who took lead vocals for a few songs on the band's debut album. This one is the most famous of them all.

11. "Walk On the Wild Side" — Chris Miles, Founding Editor

Reed's most famous song, from his 1972 solo album Transformer. Or in C-Miles' words, "Wait, that song is by him? Shit! I love Lou Reed!"