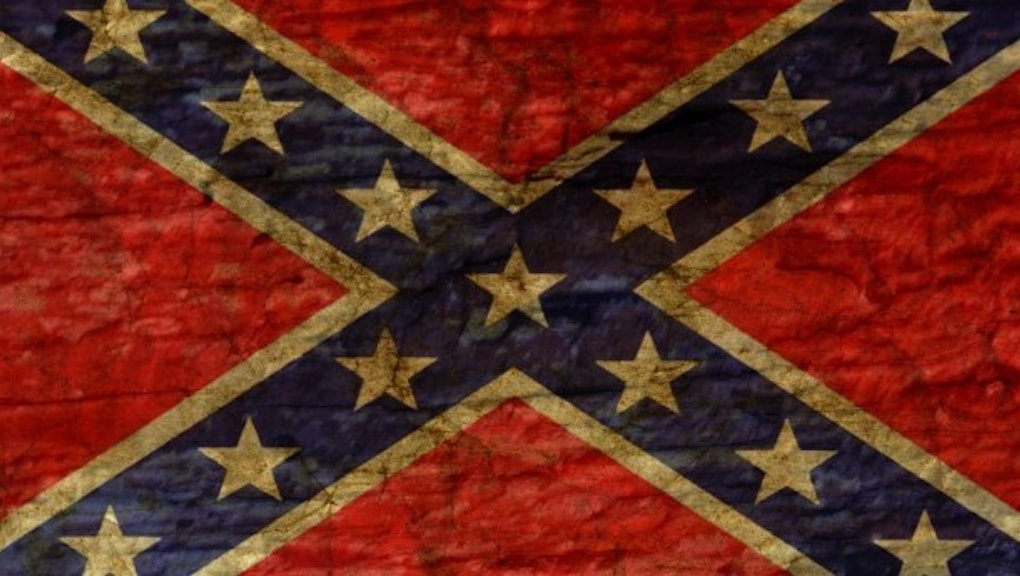 What Happens When a Private University Challenges Free Speech

University of Rochester freshman Matthew Papay wanted to display the Confederate flag in his dorm room to showcase his Southern pride, but following a back-and-forth with university officials, he took it down.

Originally told that his flag violated the fire codes in the dormitory, Papay replaced the flag with a paper replica after the fire marshall informed him that it was a safe alternative. But Papay was asked to remove that flag as well, this time because of complaints lodged by other students. Papay has since removed the flag altogether, but has expressed concerns with how his right to free speech was infringed upon during the experience.

As someone who fought university officials regarding political cartoons placed on his dorm door, allow me to shed some light on this.

Mr. Papay, I recognize that to many in the South, the Confederate flag means something far different from what it means to northerners, and that you should be allowed to represent your heritage as you choose. However, you signed a contract that outlines the terms and conditions under which you must live at the University of Rochester. Now, like anybody else getting ready to go to college, you probably just signed everything put in front of you in order to get the process over with as quickly as possible. This is your first lesson that a contract is a contract, and you have to live by those conditions.

Now I do have a suggestion for what exactly you can do following your incident here. When my roommate and I were instructed to remove the political cartoons from our door, we did two things. First, we elected to move off-campus the following year so that we would no longer be subjected to the rules and regulations of on-campus living. Second, after removing the cartoons, we responded by putting up a copy of the Gadsden Flag with the First Amendment to the Constitution written on it. They can't claim offense, and your message is heard loud and clear.