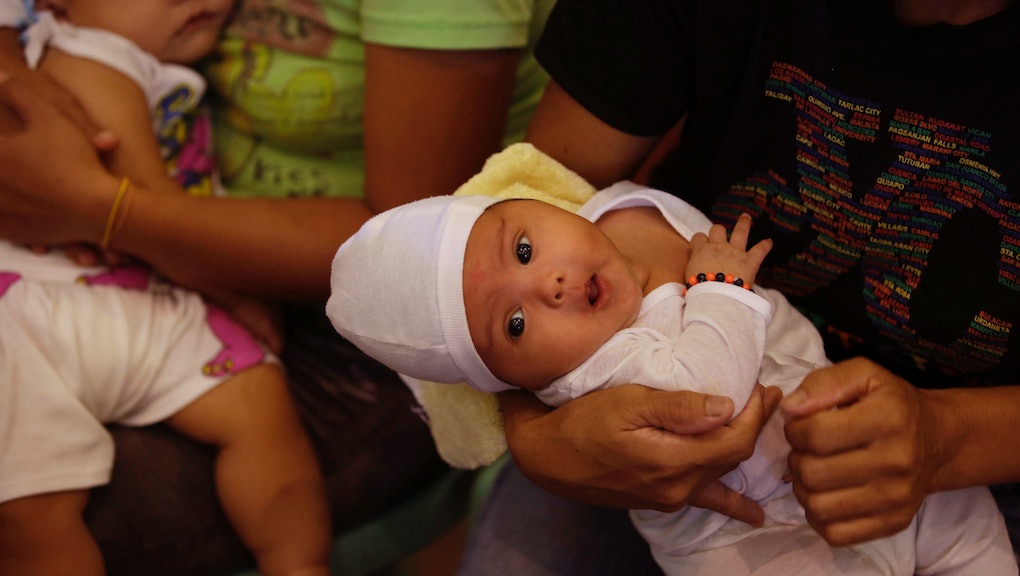 This is How Millennial Parents Are Raising Kids

When ducklings are born, they think the first object larger than them that moves is their species, whether it's a human, a shirt, a pile of bananas, or an iPad. The first thing ducklings interact with forms a pathway in their brain that makes them look to that object for protection and support in life. This process is called imprinting.

Imprinting is important to understanding the results of a new study by Common Sense Media that revealed 38% of children under the age of 2 have used a mobile smartphone or tablet for playing games, watching videos, learning, etc. A similar study in 2011 found that number was 10%.

The use of mobile devices is growing rapidly among young children. By age 8, 72% of children have used a mobile device of some kind. Between 2011 and 2013, the average time a child younger than 8 spent on mobile devices tripled from five to 15 minutes.

Its unclear where the significant jump in the data between 2011 and 2013 comes from. One explanation could be that millennials who grew up with early forms of modern technology – the precursors to MacBook, tablets, and smartphones – are now starting to raise children of their own. Whereas older parents might have placed a book or toy in their child's hands, tech-savvy millennial parents are more comfortable giving them iPhones.

Some believe that using technology at younger and younger ages gives children an academic advantage. Others think that by putting technology in a child's hands before that child can form complete memories will make the child dependent on technology to carry out basic functions. Forget reading real books; the next generation of children could use technology to solve their most basic emotional needs as smartphones and tablets now provide stability for them in the crib.

The American Academy of Pediatrics urges parents to restrict all types of screen time for children under 2. Raising emotionally developed, smart children is requires a combination of traditional stimuli and limited, monitored time spent on mobile screens. Leaving your infant for hours with a game of Tetris might not be the best parenting.

Will putting technology into infants' hands better prepare them to learn in the digital age? Or, will it harm their brain development at an early and impressionable age?