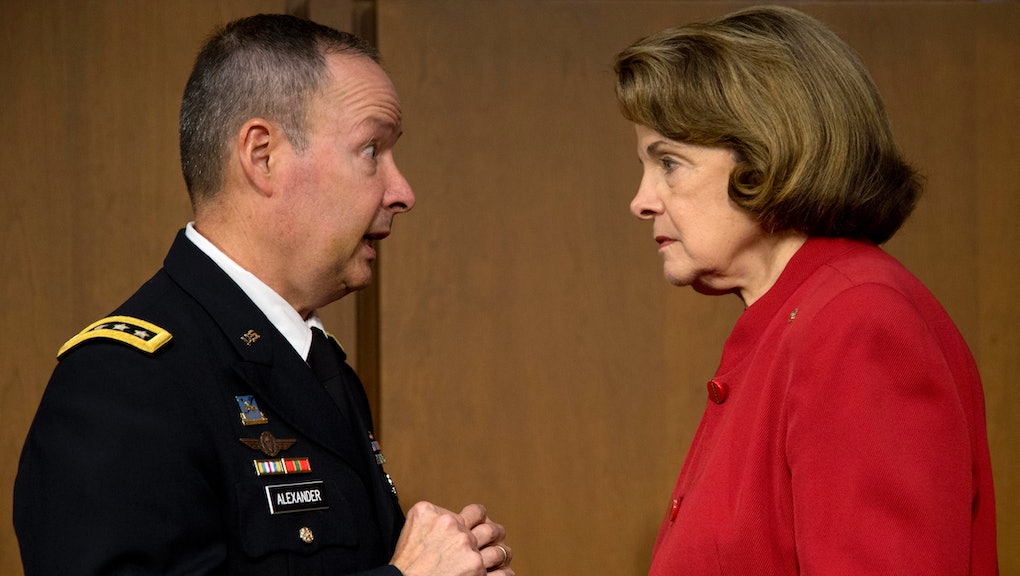 The media has been relentless on the NSA news: Why does the president of the United States not know who his own security agency is spying on? Why does the Senate Intelligence Committee (SIC) — who directly has oversight of the NSA — not know about such programs either?

Fair questions, but it's not that simple.

But the common intelligence picture is made up of several different informational inputs, and oftentimes, the means and methods for gathering that information is neither discussed nor presented unless there is a "need to know" for these methods. Intelligence briefs present the facts that were gained from a collections plan, which, in the case of the NSA, is signals intelligence.

Just before closing out her statement, she mentioned that President Obama was not aware of a foreign communications collections plan in which wire tapping occurred to heads of state. It's important to note that there was no official comment from the White House in regards to Senator Feinstein's statement.

Does it make sense that these very important individuals that have responsibility to the people don't know about programs that could potentially have diplomatic consequences internationally? Not really. "Its on a need to know basis, and right now, you don't need to know."

We have heard this dialogue before, its nothing new. Its the go to line in political thrillers. Don't act like you don't watch.

You know the scene: The rogue spy who will stop at nothing to uncover the truth behind the story, track the corrupt politician to his office (of course, it's raining outside) and just when the spy pieces together the truth! by using only pictures of people that all seem to be out of focus has tracked down our antagonist. He (bad politician) turns very slowly in a swivel chair and utters those famous lines. (Michael Bay, call me!)

However, it's not that dramatic. Peel back the evilness and for that matter the swivelness (which hopefully is a word) of the situation and it all comes down to sensitive compartmented information (SCI).

The president and the SIC have a little bit more than a library card to know the things they know. A top secret/SCI is the knowledge of information or material that, if leaked, can reasonably be expected to cause exceptionally grave damage to national security.

See, it says you shouldn't leak that.

So, what's my point? Simply put: The president and the SIC may not have known about who the NSA was tapping. But the NSA was acting in accordance with the law. It's a little document called the Patriot Act which was signed into law and given more freedoms as the war on terrorism grew. Alan Colmes, a Fox News contributor, said it best. "The president can’t know everything about everything that goes on. A good leader delegates." Which is exactly what Congress did, and exactly what the president did.