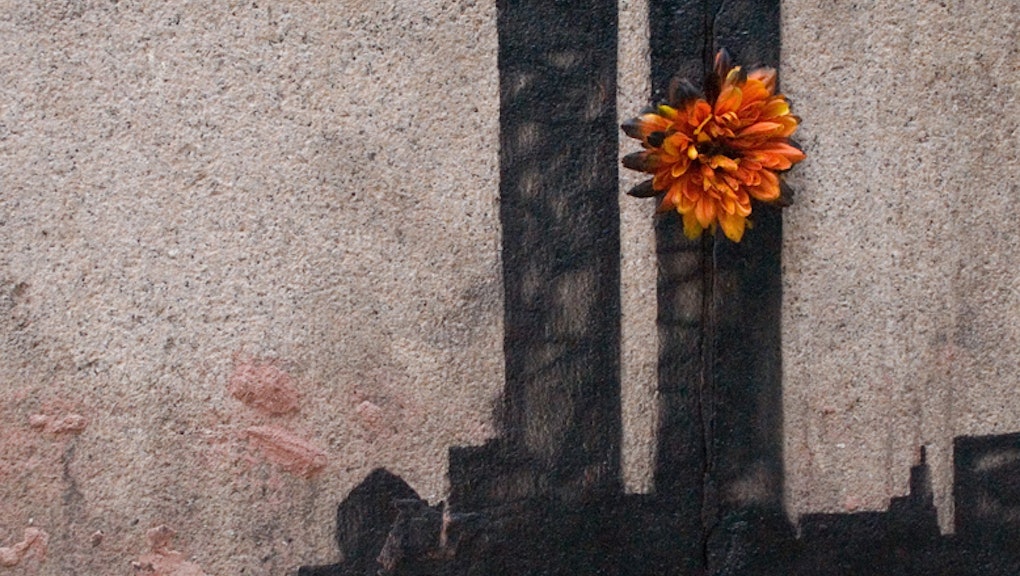 If you don't know Banksy, he's the London graffiti artist who has been in New York City the past few weeks for his new show "Better Out Than In." He also recently made national news for an article he published on his website (after being rejected by the New York Times) calling the design of One World Trade Center a " disaster," a "shyscraper," and "something they would build in Canada."

Although Banksy's comments have raised a national outcry, before we fully condemn them, let's take a look at what the master of spray paint would have done differently had he designed One World Trade Center.

The concept of Banksy's building would be based around fundamentally unanswerable questions, such as "What is art?" or "Is Steve Jobs the Second Coming of Christ?" The open-endedness of these questions would have given Banksy the ability to design whatever the fuck he wanted, no matter how confusing, nonsensicle, or architecturally unsound it was.

Since the entire project would have to be completed under the anonymity of darkness to preserve its mystery and artistic integrity, construction crews would only work at night causing approximately 44 work-related deaths and 113 Lego-related injuries. Moreover, since Infinity World Trade Center would be the first-ever major American building made entirely of Danish children's toys, it would take between four and 53 years to complete.

My point here is that when Banksy comes to a city, sets up shop, and uses its cement as a canvas for his artistic musings, we generally celebrate his work, take pictures, and give him a free pass on the whole graffiti thing because all he's really doing is painting walls. Although I have no doubt that Banksy hoped his comments would only add to his notoriety, when art becomes intentionally destructive or demeaning, most people quickly lose interest.

And so, unfortunately for Banksy, I think he's lost his audience.