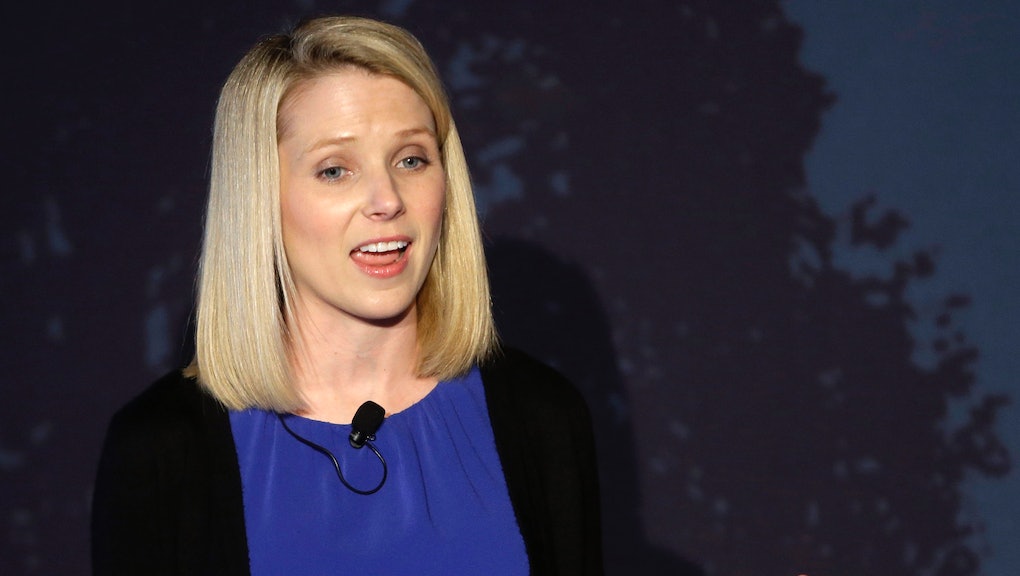 Did you think Yahoo and Marissa Mayer were done making big-time flashy purchases when they purchased Tumblr? Well you thought wrong.

Mayer, the CEO of Yahoo, a search engine for those who haven't discovered Google, has purchased the oldest funeral home in Palo Alto, California. The 114-year-old Roller & Hapgood & Tinney funeral home and mortuary was purchased by Mayer for an undisclosed amount. How's that taste, Bing?! Just Marissa Mayer revamping the game in a ways Google and Bing can't even imagine. She actually purchased a place to cremate Yahoo after Google and Microsoft run it into the ground.

When was the last time anyone searched for anything on Yahoo? When Ask Jeeves was still a thing? They almost have to be buoyed by the fact that anybody who isn't an amateur plays fantasy football on their site, right? Which they changed this year, causing a huge public outcry. Do you think Google just keeps Yahoo around because they're too busy trying to invent a way to read people's minds with a monocle to make a fantasy football app? Or is it a scared straight tactic for interns?

They've leveraged a billion dollars on Tumblr because social networking sites never fail (that's why I'm typing this on my MySpace page and posting this on my Google+ wall). This is a sinking ship, and Marissa Mayer is preparing for the future. Plus, after it is all said and done, you'll still have the brand recognition that comes with Roller & Hapgood & Tinney funeral home and mortuary.