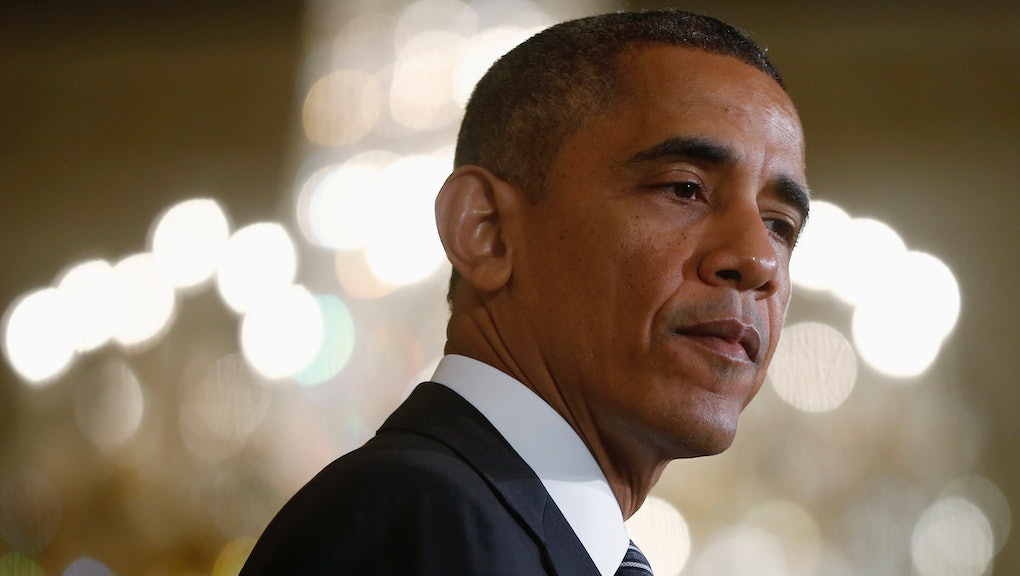 Watch This Epic Takedown Of Obamacare and Ezekiel Emanuel

During the contentious lead-up to the passage of Obamacare, President Obama had been criss-crossing the nation promising Americans that if they like their health plans and their doctors, they'd be able to keep them. Now with hundreds of thousands of Americans getting cancellation notices, the president's promise has been broken.

Presidential promises are nothing new. Former President George H.W. Bush famously promised "no new taxes" during the 1988 Republican National Convention, which helped carry him to the White House. It's also the promise that would carry former President Bill Clinton's campaign for year later.

As of Oct. 29, almost 1.5 million people have lost their health plans. The health care website became the laughing stock of the late night comedians, and Secretary of Health and Human Services Kathleen Sebelius has been struggling to state a decent defense of the site against even Jon Stewart the law continues to struggle.

Advocates of the law, like Dr. Ezekiel Emanuel, a former adviser to the president on Obamacare, claim that the president's promise had been honored since the plans could be grandfathered in if they didn't change in a three-year period. Opposition leaders, like James Capretta from the Ethics & Public Policy Center, claim the president misled the public and that the law was designed to change plans making the grandfather clause impossible.