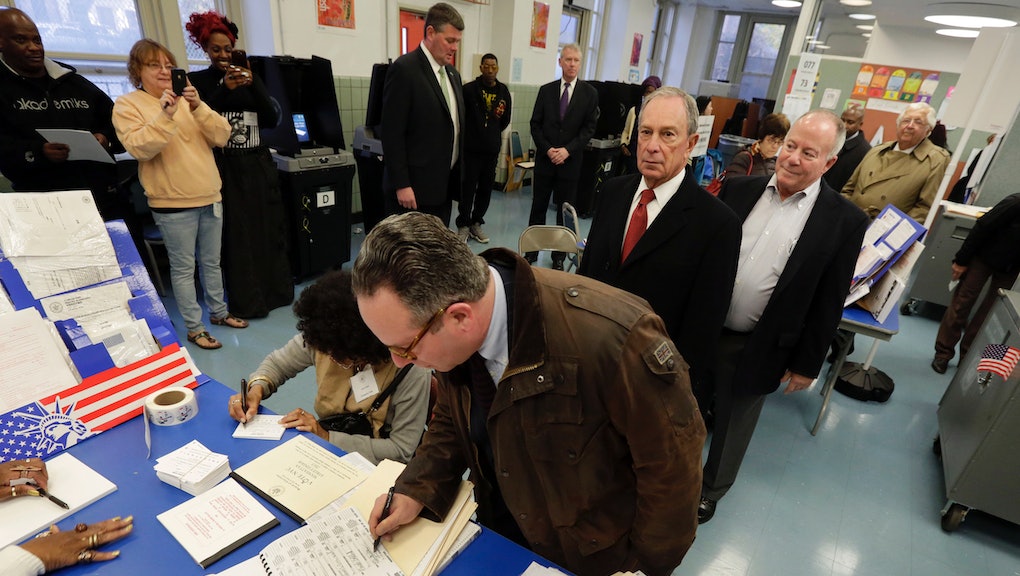 Election 2013 Turnout Isn't As High As You Might Think

Voters across the country are casting ballots to elect new leaders to office today, but the voter turnout isn't nearly as high as you might think.

In Boston, where residents are picking their first new mayor in twenty years, only 21% of voters had cast a ballot as of 3 p.m.

Voter participation is looking better in Virginia, however. 28% of voters had visited the polls in the city of Alexandria by 1 p.m., though the city's registrar says he'd be surprised if turnout topped 45%.

The New York City Board of Elections has yet to release turnout data, but the consensus on the ground is that voter participation has been low. Spokespeople for both candidates for mayor said turnout has not been high, and a Board of Elections representative called turnout "steady."

But don't worry, Americans aren't removed from the democratic process all the time: Voter turnout in national elections has topped 50% ever since the turn of the millennium.