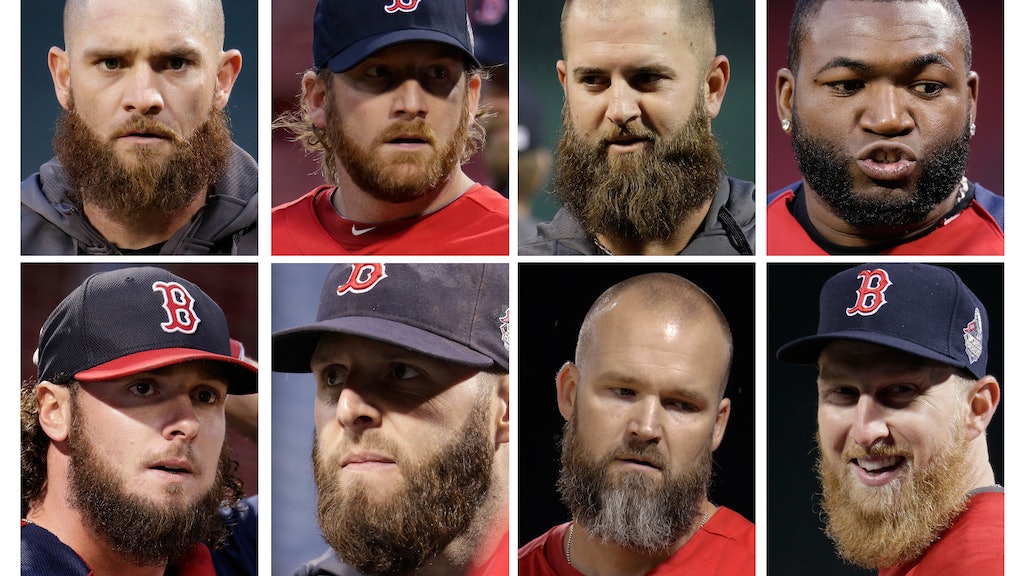 Science Proves It: Beards Are Sexy

It’s "no shave November," Movember, and the bearded Red Sox just won the World Series, so beards are really in right now. As a man who has embraced facial hair since the first patches appeared on my face, I have long admired the Gerard Butlers and Sean Conneries of the world for their beardliness, but never really thought about why.

What makes them a symbol of masculinity and how does this symbolism affect men? Turns out: science knows.

For those unacquainted with November’s facial hair ritual, there are two options: the first is participating in "no shave November," wherein you just don’t shave for the entire month. This is typically a team effort, undertaken by male co-workers, and many groups of guys in college who embrace the excuse to find out what their beards look like (typical answer: patchy).

The history of "no shave November" is foggy, though I did find this scholarly article claiming that the Gettysburg Address was originally titled the Gettysbeard Address, among other historical references to beards.

Movember’s history is much clearer. Started in Melbourne, Australia in 2003, Movember is an official charity that encourages men to grow mustaches, or "Mos," during the month of November. The Mos are used to raise awareness of and funds for prostate cancer, testicular cancer, and mental health illnesses. According to Movember’s website, in 2012, over 1.2 million Mo Bros and Mo Sistas raised $147 million. Male or female, you can register to participate here.

One of the main goals of this column is to examine conventional definitions of masculinity and redefine them for millennial men. This has typically led to deconstructing traditional and conventional beliefs surrounding manliness (e.g. the false belief that men don’t worry about their bodies, or that binge-drinking is somehow inherently masculine).

In this case, no harm, no foul. As far as I can tell, beards as a form of expressing masculinity need no redefinition, and there is scientific and societal support for this expression.

Three recent studies have come to similar conclusions about the socio-sexual implications of different degrees of facial hair. Apparently, fully bearded men are perceived as the most fatherly, older, most aggressive, most masculine, and of higher status. Light beards are perceived as most dominant, and light stubble is considered the most attractive.

As a lightly stubbled man with no children, I’m extremely pleased with these results.

Growing beards can also be a way for men to bond. One of the biggest draws to "no shave November" is the camaraderie involved in the process. As the Red Sox progressed through the post-season, most media outlets concentrated on the players’ beards, and fans embraced the look with a multitude of real and fake beards while attending games.

Of all the outlets for masculinity, this one seems to be one of the healthiest. Beards don’t negatively affect anyone else, there don’t seem to be widespread insecurity issues for men who don’t grow them well, and they aren’t embraced at the expense of women. (I can’t think of how beards could be twisted in a chauvinistic or misogynistic way.) Additionally, thanks to Movember’s efforts, you can turn facial hair growing into a charity fundraiser.

So grow away, boys: science and society are behind you.