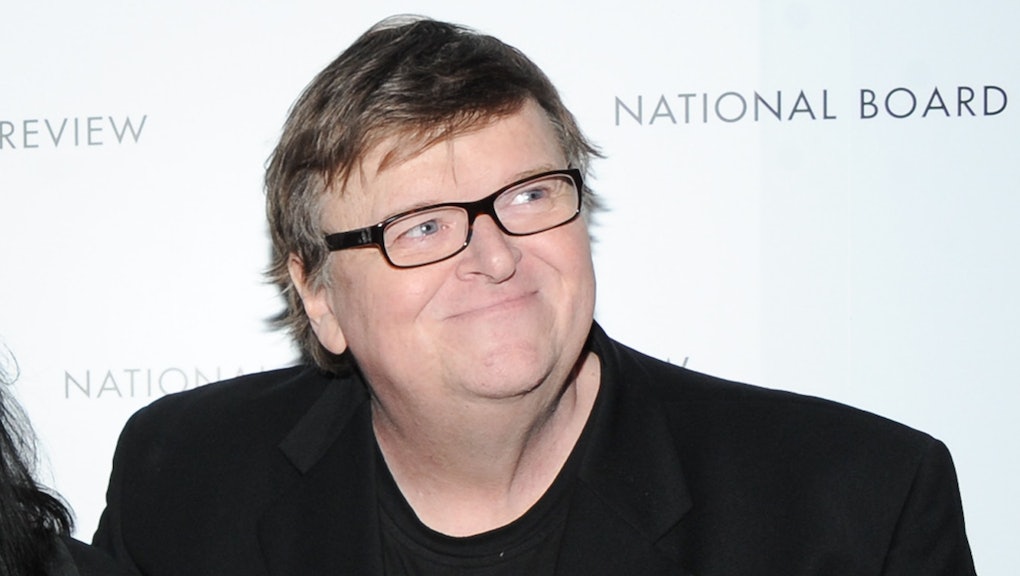 Alleged documentarian Michael Moore has a habit of spouting off whatever hard-left talking point enters into his mind. Today, I was actually surprised by the filmmaker.

That surprise was that he waited roughly a week to stand on the newly-dug grave of a TSA agent to lecture America and the NRA on firearms. At 59, it is entirely possible that Moore is losing a step when it comes to capitulating and capitalizing on tragedy. Here's just part of Moore's recent tirade against Second Amendment rights: "Guns don't kill people, Americans kill people." Moore trolling 101.

At times like these in a great athlete's career we look back on their greatest feats. It should be no different with a "great" filmmaker known for his "wisdom."

Every good homage starts with how a journeyman warrior embarks on his career. In this video, a young Moore attempts to take down Nobel-Prize-winning economist Milton Friedman by asking Friedman to explain the issues with the Ford Pinto's gas tank. Despite having the audience on his side, Friedman picks apart the wide-eyed Moore in a lesson that Moore seems to have never adapted in his film making career. Usually embarrassment leads to a lesson being learned. Luckily for us, Moore can't be embarrassed.

2. "We As Americans Believe It Is Okay To Kill People"

Earlier this year Michael Moore discussed the shooting at Sandy Hook Elementary in Connecticut. In typical Moore fashion, he broadly describes every American as being comfortable with the idea of killing, as if we've been brainwashed by government and firearms enthusiasts that it is in some way okay to open fire on civilians. Moore seems a little upset that Bowling For Columbine didn't successfully sweep gun rights out of the Constitution. Better luck next time.

This battle between the 2000 presidential election spoiler and Moore was pretty well documented in the documentary An Unreasonable Man, which chronicled most of Ralph Nader's work. Moore was a supporter of Nader for part of the 2000 election, until Nader expanded his operations in Florida and other swing states. Moore would admit to holding events in Florida trying to undermine the Nader campaign, and would in 2004, beg Nader on his hands and knees not to run again. Some loyalty.

In an interview two years ago, Piers Morgan confronted Moore regarding his own wealth. Moore has made millions off of his disdain for the very system that made him a millionaire. Morgan confronted Moore by stating, "I need you to admit the bleeding obvious. I need you to sit here and say, 'I'm in the one percent.' Because it's important." Moore responded by denying that he's worth millions, despite public record to the contrary.

There you go, Mike! Just keep denying until it's taken for truth. No one represents the glories of the capitalist and free society quite like the man in the windbreaker and baseball cap. You can hate and despise everything about the system, but it sure does create wealth, doesn't it?