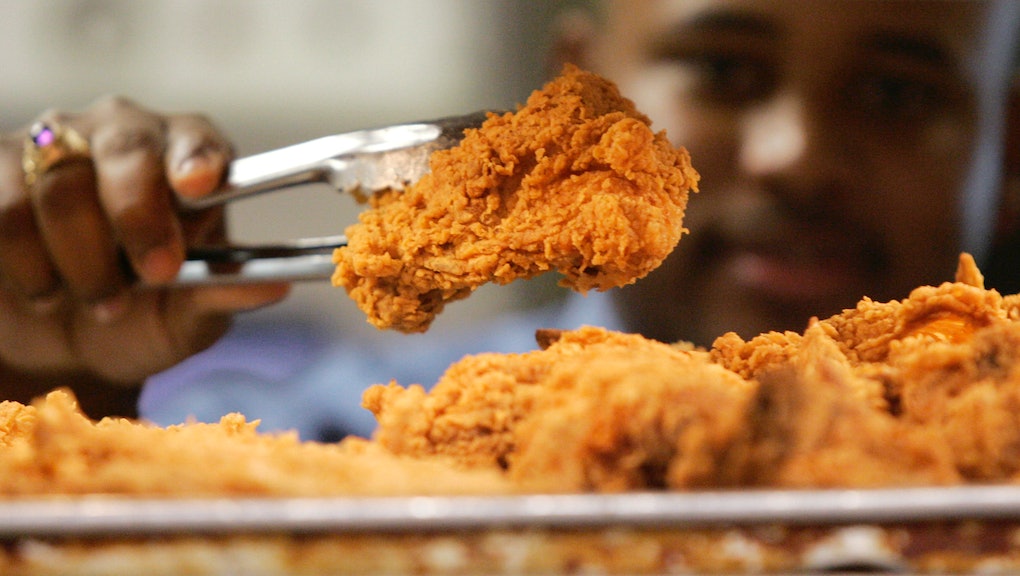 FDA Trans Fat Ban: Obama-Knows-Best Governance is Out Of Control

In an effort to give outgoing New York City Mayor Michael Bloomberg a farewell gift, Obama's Food and Drug Administration (FDA) is embracing nanny statism and will move to ban trans fats.

The FDA has made the preliminary ruling that partially hydrogenated oils, a major components of trans fat, is no longer "generally recognized as safe." Trans fats gained traction in the United States during the Second World War and have been a part of the diet of Americans for seven decades. In an effort to make every single decision for New Yorkers in 2007, Mayor Bloomberg partially banned hydrogenated vegetable oils and spreads in restaurants. The FDA now seeks to follow suit, a move that will forcibly alter several types of food and is largely unneeded based on market corrections.

I hope you didn't like the doughnuts you've come to love and consume. Homer Simpson's favorite food will become more oily and won't be as light. “Only partially hydrogenated oils continue to stay a part of the matrix and don’t exude out of the food,” says food scientist Kantha Shelke. And doughnuts aren't the only food that will be drastically affected.

Frozen pizza contains multiple ingredients that use trans fats to preserve the food. Kristen Kirkpatraick, a dietitian at the Cleveland Clinic, expressed concern regarding what preservatives could be added as a replacement to trans fats: "We don’t want other additives to make these last longer. Do we really want something in our food that can stay in our pantry for three years?"

As more information has become available on trans fats, and the health issues that follow consuming large amounts of them, Americans have already begun cutting back on them. According to the FDA, trans fat intake has radically declined over the past decade, from 4.6 grams per day in 2003 to about a gram a day in 2012. The market and consumers have begun to use consume less trans fats. Companies seeking to continue to do business will have to begin to produce products with less trans fats. This is how companies stay in business in a free market system: by adapting and evolving.

Government doesn't need to get involved in the outright banning of trans fats for public consumption. Americans are consuming less trans fats by their own choice. If Americans choose to indulge in unhealthy activities, that's their choice. If public outcry against trans fats continues to grow, the public will have gotten rid of the product without government overstepping its boundaries. That's a much-preferable precedent.