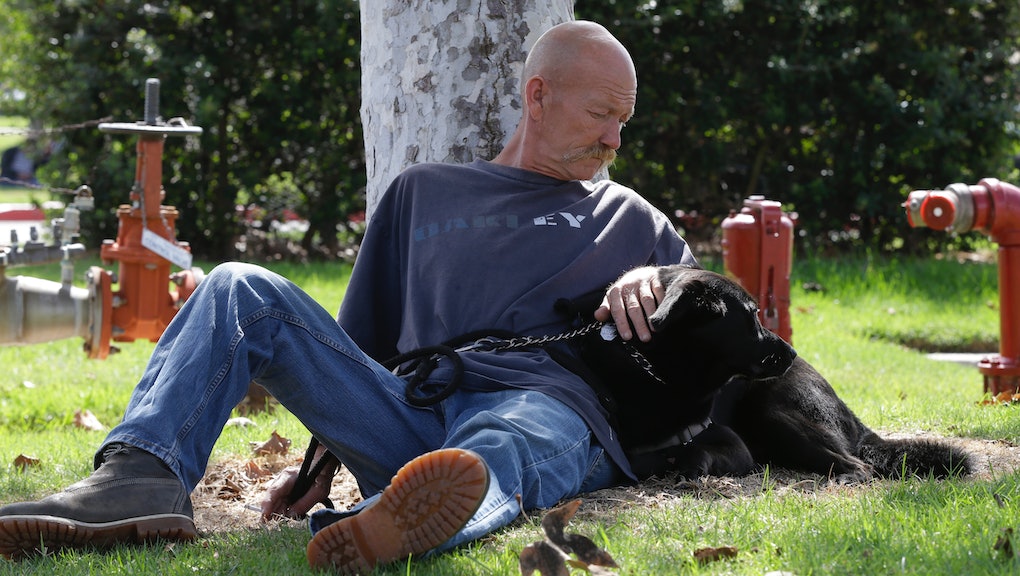 Author's disclaimer: The views and opinions expressed in this article are my own and are not representative of the U.S. Military and/or Department of Defense. All sources used were unclassified.

There are many facts about Jim Wolf that can't be disputed. Mr. Wolf served in the U.S. Army, and since he left the military, he has fallen on hard times, a common phenomenon, unfortunately, in this day and age. Currently, the U.S. Department of Housing and Urban Development (HUD) estimates 62,619 veterans are homeless on any given night. Homelessness has undoubtedly has led to Mr. Wolf's decades-long struggle with alcoholism. However, against all odds, Mr. Wolf has found new hope.

Dégagé Ministries is on a mission: Restore hope to homeless and disadvantaged veterans. Dégagé has set a goal of raising $20,000 dollars to help continue to transform the lives of people like Mr. Wolf. So far they have raised $14,815.

And homelessness is not just a problem for veterans of the Vietnam War. It's estimated that 12,700 veterans of Operation Enduring Freedom (OEF) and Operation Iraqi Freedom (OIF) were homeless in 2010, and the number continues to rise.

So if I may, perhaps this Veterans Day we can take a break from all the sales going on at Macy's and Walmart and JCPenney because, let's face it, that's no way to honor our veterans. Instead, take the time to volunteer. Take the time to help out a homeless veteran. Perhaps a simple thank you and a cup of coffee is a good start.