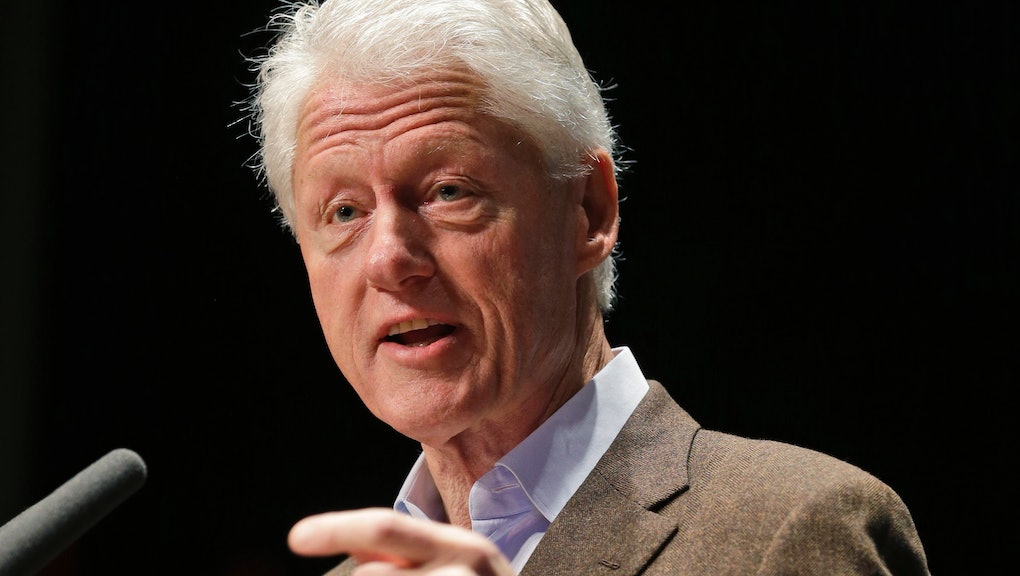 President Barack Obama has hit the same approval ratings as President George W. Bush at this time in his presidency. His former number one surrogate campaigner coming out and challenging him certainly won't do him any favors.

Former President Bill Clinton, who campaigned for the president in 2012, has a history of making some pretty blunt statements about his feelings regarding the man who defeated his wife in a contentious 2008 Democratic primary. So it should come as no surprise that President Clinton recently attacked Obama in a recent interview on false promises made during the latter president's promotion of the Affordable Care Act: "'If you like what you've got, you can keep it.' This is a promise young people heard clearly, and it's one President Obama needs to keep — even if it requires a change in the law." It doesn't take much of a leap to connect Slick Willie's attack on Obama's credibility with positioning for Hillary's widely-expected presidential run in 2016.

Monica Lewinsky's boyfriend is challenging the President of the United States on commitment and honor. This ahead of the House GOP planning a vote on Friday for the "Keep Your Plan Act" which plans to keep the president's promise no matter what, which House Democrats have vowed to support if the White House offers no solution by then. President Clinton doesn't do anything politically without a plan to back it up. He's given cover for House and Senate Democrats to break with President Obama as he tailspins in approval ratings and side with the much more popular Clinton, who maintains 70% approval in the most recent Gallup poll.

To make matters more difficult for the president, he is awarding Clinton the Medal of Freedom next week, an event where Clinton and Obama will be face-to-face. At the event President Obama will, in all likelihood, have to say something nice about Clinton just days after being thrown under the bus during a potential House mutiny against his signature piece of legislation. A civil war between Obama Democrats and Clinton Democrats seems at this point to be inevitable, as Friday's vote will splinter the Democrats into two camps on a highly unpopular law that DNC Chairwoman Debbie Wasserman Schultz claims the party will run on in the 2014 midterms.

For once in my life, this Republican is happy to see Slick Willy back in mid-season form.