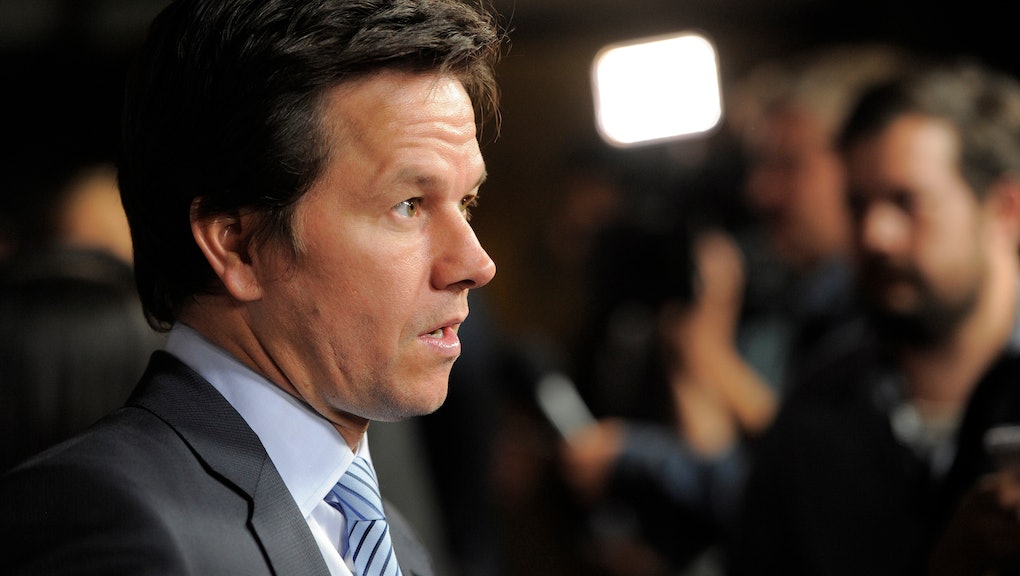 On Behalf Of All Soldiers, Thank You, Mark Wahlberg, for Setting Hollywood Straight

Author's Disclaimer: All views and opinions in this article are my own and not representative of the U.S. Military and/or the Department of Defense. All sources used were unclassified.

Over 2,000 servicemembers have been killed in Afghanistan since the start of the war. Perhaps that's why Mark Wahlberg got heated Tuesday night at the Los Angeles AFI Festival, where the he was premiering his new movie Lone Survivor. The movie is an adaptation of Petty Officer Marcus Luttrell’s book detailing Operation Red Wing in which he and three other Navy SEALs fought off dozens of Taliban fighters.

After the premiere of the movie, Wahlberg took the stage with director Peter Berg and Petty Officer Luttrell himself for a Q&A session. When festival director Jacqueline Lyanga asked Wahlberg about his rigorous training and the rough shooting schedule, Wahlberg had this to say on the matter:

"I don’t give a sh*t if you get your ass busted. You get to go home at the end of the day. You get to go to your hotel room. You get to order your f*cking chicken. Whatever the f*ck it is. People talk about what do we do to bond the way that those guys bonded. [Luttrell] would never let any one of us forget about what was important in the course of making the movie and whether it was Marcus or the other SEAL guys, if they saw something that didn’t ring true, I don’t care if it was going to be the biggest stunt sequence in the movie, they would cut, call bullsh*t, and grab all of us by the f*cking neck and say, 'No, do it this way, and do it right and make it real.' And if you don’t, it’s a problem. I was really proud to be a part of that."

After the rant, Berg tried to lighten the mood, but it was not happening.

Mark Wahlberg was sending a message that the men and women of the armed forces don't get to go home to a hotel room at the end of the day. It's real life for them.

In war, there is no calling "cut."