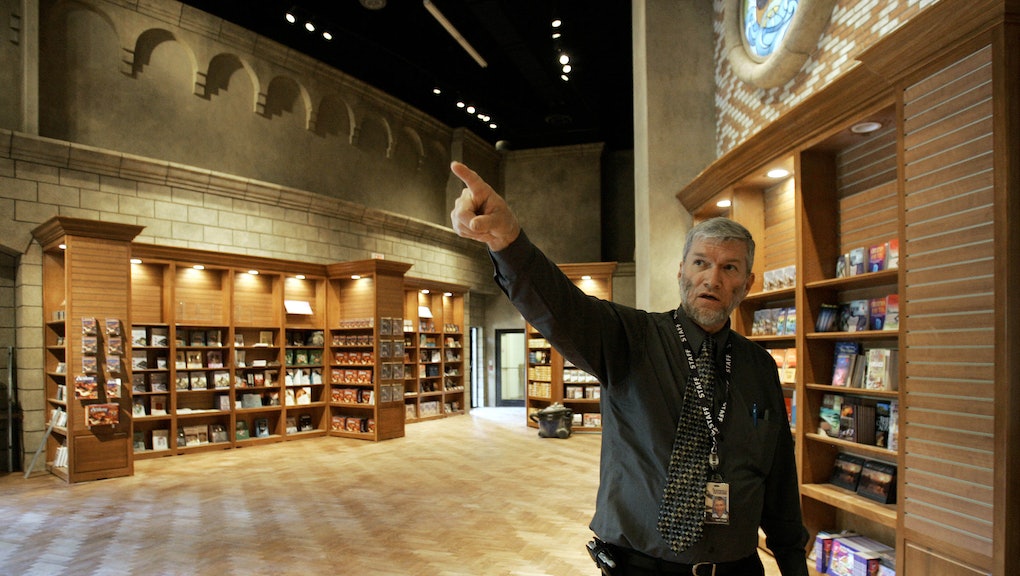 On Thursday, Creation Museum founder, president, and CEO Ken Ham made a shocking announcement: He's finally made a schoolyard friend.

Ham, a controversial Australian-born evangelist leader who promotes the idea that the earth is only 6,000 years old, that the Bible's Book of Genesis should be interpreted literally, that evolution is a lie, and that dinosaurs and humans once shared the earth, took to his blog to eagerly announce that, for lack of adults willing to hang on his every word, he's made friends with a seven-year-old child named Reuben.

The evangelist suggested that Reuben's companionship is "a reminder that children understand more than what many of us give them credit for," and not evidence that a grown adult might dismiss Ham's teachings as nonsense.

Ham's excitement should come as no surprise. For years, Ham encountered adults who didn't want to hang out with him. Ham was rejected by fellow evangelist Carl Wieland, who sued Ham over his focus on monetizing his ministry. He was also rebuffed by theoretical physicist Lawrence Krauss, who protested the Creation Museum's 2007 opening, and criticized by beloved science guy Bill Nye, who thinks that creationism undermines the intellectual capital of the United States and "holds everybody back." Worst of all, Ham has been ignored by young adults, who decreasingly believe in God.

Thankfully, earlier this year, Ham met Reuben in Austin, Texas. Young Reuben was willing to do exactly what Ham's previous companions wouldn't: parrot Ham's every word. Ham, you see, had given a talk, and Reuben, on his father's instruction, had taken notes such as, "Lots of churches getting changed into something eles," and, "Evelotion going against christ."

Ham was heartened, and cited Reuben's notes as evidence that, for better or worse, "our young people are paying attention to what we teach." Promisingly, the astute Reuben appears to be Ham's intellectual peer.

Ham and Reuben's burgeoning relationship is likely to be bolstered by their mutual love of whatever Ham says, and the fact that the two are both named after sandwiches. Just so long as Ham doesn't get to the end of Reuben's notes, and realize that the child also scrawled down, "You can't live with blind faith."