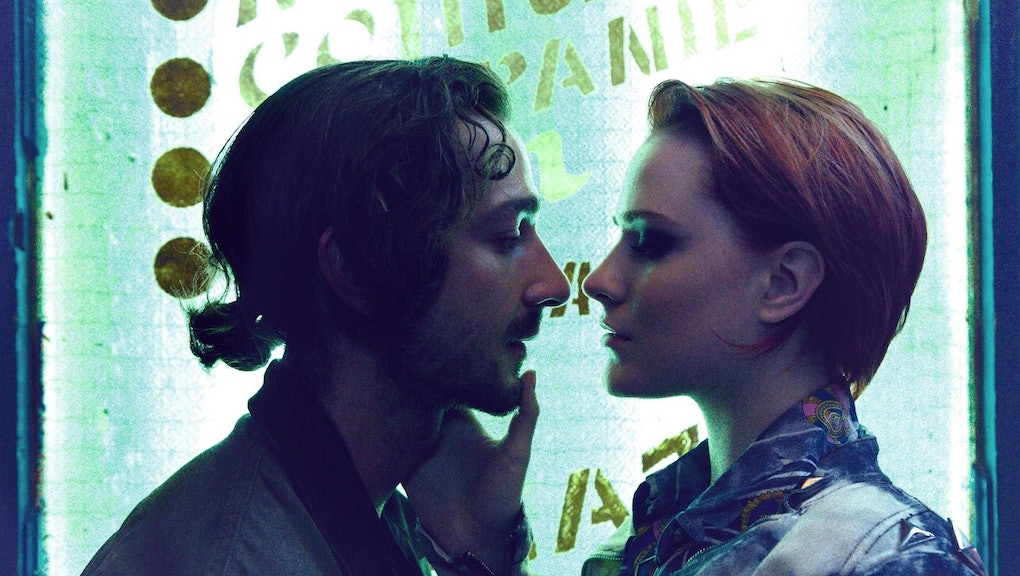 Countryman does a great job of making Bucharest look like a 3 a.m. visit to your psychotic uncle's farm.

When my friend introduced me to his girlfriend last summer, I asked where she was from.

I thought of this awkward exchange on Friday when I saw Charlie Countryman, a new movie starring Shia LaBeouf and Evan Rachel Wood. The film features a running joke where characters confuse these cities: Budapest, the capital of Hungary, and Bucharest, where the film takes place, in Romania. The implication is usually, "You must want to go to Budapest, because we're in Bucharest now, and it's fucking terrible" — an idea the filmmakers have no qualms reinforcing.

So Countryman won't win any awards from Romania's tourism board. LaBeouf stars as Charlie, a young man whose fashion sense is best described as Ratso Rizzo-meets-hipster Jesus. When his dead mom tells him to go to Bucharest, he boards a plane and falls in love with a cellist named Gaby (Wood). She seems nice, but her ex-husband is a homicidal coke dealer played by Mads Mikkelson. He hates Charlie instantly and soon wants him dead. The rest of the film is LaBeouf running around the city with Moby playing in the background.

Countryman does a great job of making Bucharest look like a 3 a.m. visit to your psychotic uncle's farm. The first Romanian we meet is a Chicago Cubs fan who gets drunk on an airplane, then literally dies on Charlie. The second attacks Charlie with a taser, and the third has a greasy ponytail and makes the most clumsily-written Sixth Sense reference in recent memory. Everyone else is a jerk except one cab driver and another guy who runs a youth hostel, but he's so baked that it doesn't count.

The film's glowing introduction to Romania climaxes as Gaby and Charlie crash into an ambulance carrying Gaby's dead father. The ambulance drivers are smoking hash (of course), which one of them says tastes so good because he's been hiding it up his asshole. Really. When the collision occurs, the corpse flies out and bounces onto the pavement, causing Gaby to leap from her car and scream as if she'd only just realized her father was dead.

Everyone in the film is a complete lunatic, but that's not what bothers me. I feel bad for Romania. In 2013 alone, the country faced a PR nightmare when a group of dickhead British ministers decided they didn't want any more Romanians migrating to the U.K. They considered launching a negative ad campaign focused on the downsides of British life — the terrible weather, the scarcity of jobs, and so on — in order to stem migration from the small eastern European nation. In real life.

This undesirable characterization of Romania or Romanians is nothing new. It's been hard for ex-Soviet bloc countries to overcome how the Western media portrays them. A 2011 study by Ivan Katchanovksi of the University of Ottawa suggests that 64% of portrayals of post-Soviet nations in American films are negative, with 71% in Canadian films. Their popular image remains one of mystery, corruption, exoticism, and violence. Countryman does little to alleviate that in its imagining of modern-day Bucharest.

But Romania is cool, and really couldn't care less. In response to Britain's proposed ad campaign, the Romanian newspaper Gandul launched its own that welcomed Brits to visit, while also poking fun at different aspects of British-ness. One of their posters read, "Our draft beer is less expensive than your bottled water," while another boasted, "Summer here lasts three months, not three hours" - all in the name of promoting tourism.

So hate all you want, British government and Charlie Countryman: Romania is open for business either way. Maybe they'd bother boycotting you, if they weren't too busy being awesome.