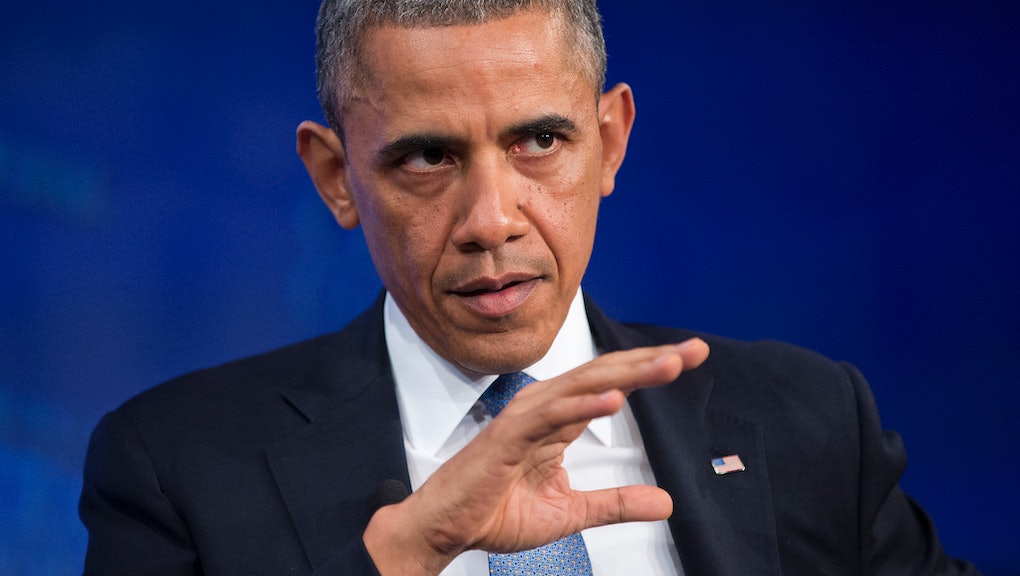 This is Obamacare’s New Biggest Lie

The news: First, the American public discovered that President Barack Obama’s promise that under the Affordable Care Act, if you liked your plan, you could keep it, was not exactly true.

And now comes the realization that a similar pledge — if you like your doctor, you can keep your doctor — was also misleading.

As TIME reports, some insurance providers will begin restricting the doctors in their coverage networks, meaning a percentage of Americans could find themselves picking out a new doctor. Factcheck.org notes that while the ACA doesn’t force anyone to choose a new plan or doctor per se, it doesn’t ensure insurers won’t cancel the plans they offer or limit the doctors they cover, meaning that some Americans won’t be able to keep their current coverage.

The backstory: Rollout of Obamacare has not been great for the Obama administration, to put it lightly. Things were a disaster from the get-go, when the majority of those attempting to enroll using Healthcare.gov experienced severe technical issues, resulting in a whopping six people enrolled on day one. Tech problems continue to plague Obamacare. Obama set a target of December 1 for a functioning Healthcare.gov, which has since been clarified to mean the site will be 80% functional by then. It’s at the point where not even Obama’s attempts to alleviate concerns over the ACA’s launch can avoid tech glitches. Why has Healthcare.gov been such a disaster? It might have something to do with the contractors that built the site, who seem to have more experience with political lobbying and campaign contributions than website development.

Why this is important: The lie behind Obama’s “keep your doctor” promise is just another example of how little his administration seemed to have thought the ACA rollout through. Though the law remains unpopular in Congress, particularly with Republicans in the House who have now voted against the law nearly 50 times, the cancellation of plans or removal of doctors is actually a feature of the law, not necessarily a flaw. But the Obama administration is having a very hard time communicating that to the public at large.

The whole point of the ACA was to improve health care for Americans. If that means scrapping subpar plans, like the ones being cancelled, so be it. If you set a minimum requirement for coverage, then yes, plans that do not meet that requirement will be cancelled. For the vast majority of Americans, their health care coverage will largely remain the same. Yes, a few will lose plans or doctors, but that is the nature of health care reform. Some things are going to change; they need to. It’s a significant failure that Obama can’t make that clear. His “fix” for cancelled plans is nearly as short-sighted as the “keep your plan” promise was in the first place.

So while both parties in the House voted for the Keep Your Health Plan Act, they’re missing the point. The fact that plans are being cancelled and patients are losing doctors is, in a way, proof that law is working. But it isn’t being presented in that way, at least not effectively.