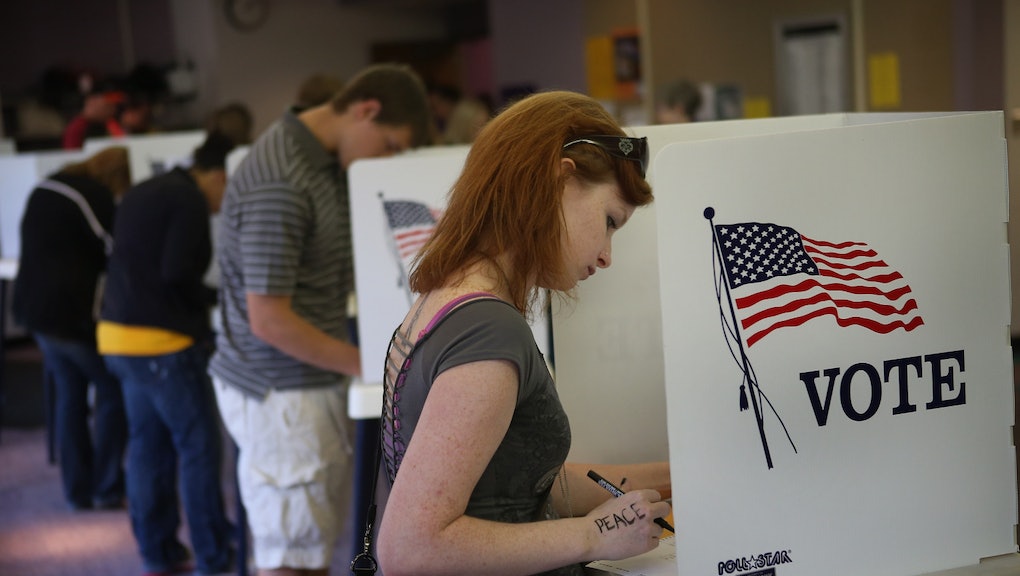 Psst, Millennials: Here’s How Republicans Aren’t Actually Working for You

Note: This article was co-written by Ian Sams and Taylor Barnard.

Two Republican Party staffers just took to PolicyMic to argue that Republicans are working for millennials. Reading their piece though, something was conspicuously absent: any type of vision to help young Americans get ahead. It was full of platitudes about “engagement,” but the authors never mentioned how Republican policies were impacting young people.

And really, it’s no wonder. On issue after issue, the GOP stands starkly – and often proudly – at odds with the values of young Americans.

Look, we millennials know what we want: a fair shot and an even playing field – economically and socially. We want our friends and family to be treated with dignity and respect. We want to be able to afford an education, so that we can spend our lives providing for our families and giving back to our communities. We want to have confidence that if we work hard and do what’s right then we’ll get ahead.

But when it comes to helping young Americans achieve this vision, Republicans continually miss the mark.

Certainly not for the LGBT community. Republicans in Congress are blocking LGBT Americans from having equal opportunity to succeed in the workplace. Less than two weeks ago, most Republican Senators opposed the Employment Non-Discrimination Act (ENDA), which would prevent LGBT Americans from being discriminated against on the basis of who they are. Likewise, the GOP majority in the House – the only seat of power Republicans actually hold in Washington – refuses to even bring ENDA up for a vote.

They go on to say that “No millennial wants to see a college degree go unused.”

But Republicans have taken steps to make it harder, not easier, for millennials to earn a degree in the first place. Republicans continue to tout the Ryan budget, which the House passed earlier this year and would slash funding for Pell Grants – making college less affordable for young people, especially those in need. (Analysis of last year’s Ryan budget estimates it would have eliminated Pell Grants for more than one million students.)

They follow that up by saying that “no millennial wants her dream job to remain only a dream.”

By blocking comprehensive immigration reform, which would help young immigrants gain access to higher education and a path to U.S. citizenship, the GOP seems content to allow more than a million undocumented millennials to never achieve their dreams.

They also argue that “Republicans are the ones fighting so that our generation has the freedom to chart our course and to build careers of our choosing.”

Tell that to the 3.4 million young Americans under age 26 who now can stay on their families’ insurance plans thanks to Obamacare. This provision of the Affordable Care Act, among others, is helping young people achieve economic and health security while they begin their careers, but Republicans remain committed to gutting and repealing this law by any means necessary, even if shutting down the government is collateral damage. (That move cost the U.S. economy $24 billion, by the way.)

Meanwhile, Democrats continue to stand with young Americans on the issues that matter to them.

By continuing to oppose so many policies that help millennials, it’s no surprise that 58 percent of young voters view the GOP unfavorably. With numbers like that, it makes sense that the GOP would do anything it could to win over millennials. But a post on PolicyMic wholly devoid of any new ideas won’t do the trick – especially when Democrats are advancing an agenda that improves the lives of young Americans while supporting the issues they care about.

The Republican rhetoric simply doesn’t match the reality. As long as Republicans are doubling down on harsh opposition to issues like LGBT equality, immigration, access to education and health care, no amount of staff or resources will convince young people that the GOP is actually on their side.