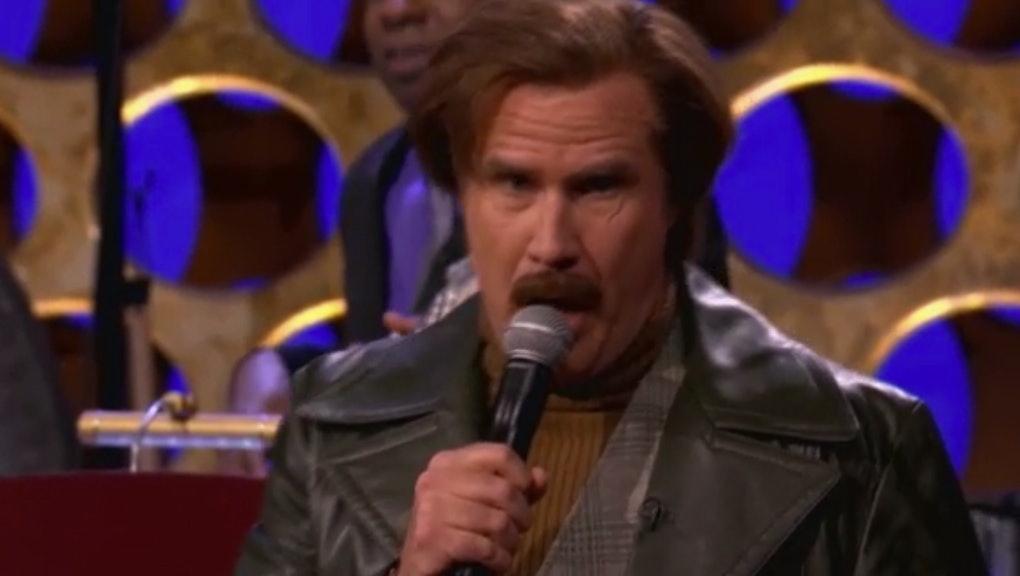 Ron Burgundy is to mayoral endorsements what Ling Wong is to Panda births. He's kind of a big deal. You can throw all the libelous press you've heard about Toronto Mayor Rob Ford into a destructively acidic barrel of Sex Panther, because Papa Burgundy has officially voiced his support for the re-election of Rob Ford. And if Ron Burgundy says it, it's the truth. See for yourself:

It wouldn't matter if Miles Gilbert 'Tim' Horton himself was resurrected at center ice of the Air Canada Centre to announce his candidacy on a platform of free donuts and coffee, this race is over.

Ron Burgundy voiced his support by singing a campaign song for the mayor. See, Ron understands a man's place in the limelight. "Everyone's watching to see what you will do" isn't just a throwaway line to Rob Ford's campaign song — the perfectly chosen "Working for the Weekend" by Loverboy, a Canadian band — it's a commentary on how the constant coverage of the news cycle has become a kind of ouroboros where gossip and politics are occasionally the same thing.

And now that I think of it, therein lies the rub. Ron Burgundy reads the news. But he's also a book-promoting, flute-playing, perfect-hair-having entertainer. And has there ever been a more tragically entertaining figure in Canadian politics than Rob Ford? 4 more years! 4 more years!