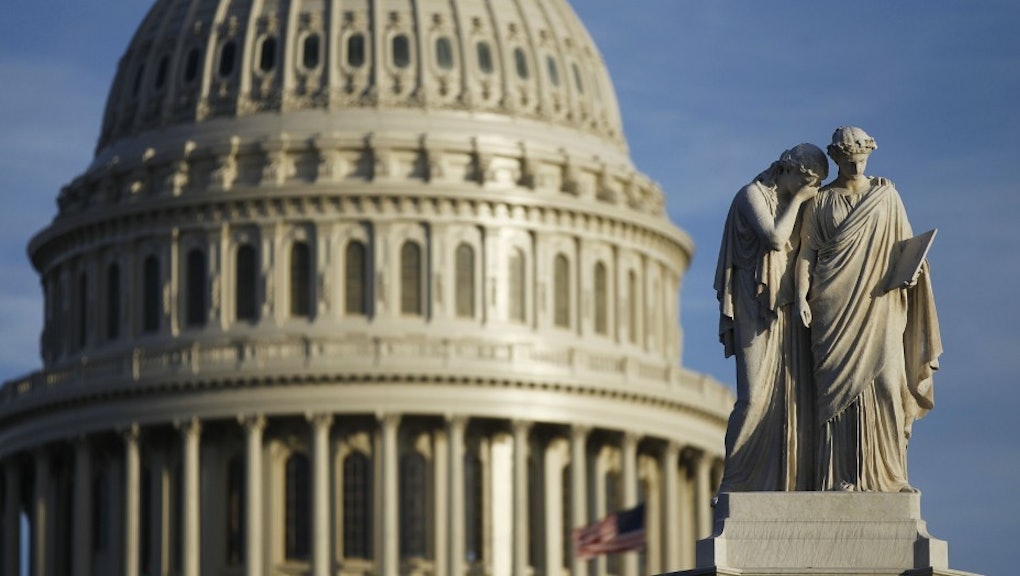 The Democratic Senate majority made history on Thursday by passing the melodramatically nicknamed “nuclear option,” which basically eliminates the filibuster rule altogether and moves to a simple majority vote with regards to executive branch nominees.

In other words, the Senate now simply needs a 51 vote majority to approve anyone the president appoints to any office or court bench. The amendment passed the Senate 52-48, with Senators Carl Levin (D-Mich.), Mark Pryor (D-Ark.) and Joe Manchin (D-W.Va.) joining all Republicans in opposition.

The 60 seat filibuster-proof threshold remains intact with regards to any legislative agenda.

Naturally, Republicans have been crying foul since it passed claiming Democrats are merely changing the rules as it best suits their agenda while Democrats are downplaying the impact of this bill and claiming Republicans just want to be obstructionists. The truth is this is just another development that illustrates the desperation and brinksmanship of both parties.

On the Republicans’ side, they still only control the House and are in the minority in the Senate – so essentially all but the absolute most necessary legislation in Washington is still gridlocked. But the GOP have a far right base that still feels they haven’t done enough to block the Obama administration from accomplishing its goals within its agenda and are also usually the loudest voices in the room. So the GOP feels pressured to at least look like they’re “doing something” — perhaps to an extremist crowd that will be impossible to satisfy without control of the Senate and White House too — thus the GOP has been obstructing many appointments made by President Barack Obama from judicial nominees to the head of the EPA. But it’s not like Democrats weren’t doing the same thing to the George W. Bush administration when they were in the Senate minority status too. If you fail to win enough Senate seats to gain a majority come election time, the filibuster is pretty much all the minority party has in the Senate to convince their base that they’re “doing something.”

On the Democrats’ side, they’re desperate to accomplish anything during Obama’s second term at this point. Without a House majority, most of their remaining goals have been stalled. Stricter gun control legislation is dead for the moment, immigration reform efforts are on life support, and the next budget/debt ceiling deadlines will be coming up again in January and February, though House Budget Chairman Paul Ryan (R-Wisc.) is already hinting that there won’t be another government shutdown in 2014 (probably because the GOP would like to keep the nation’s attention squarely focused on Obamacare for the next year). Executive power is all Obama has to accomplish any goals at this point and he’s looking to aggressively exercise it — particularly on his climate change agenda with the EPA as his enforcer.

So Senate Majority Leader Harry Reid (D-Nev.) just removed one more obstacle that stands in the way of that. But this is a move that cuts both ways and removes a political tool that either party can use when in the minority status in the Senate (and there are 10 incumbent Democrat seats in that chamber up for re-election in 2014 where the GOP have at least a 50/50 shot of winning). That seemed to be a risk that Senate Democrats were willing to take for the greater goal of allowing the Obama administration to accomplish anything it can for its remaining three years in the White House. If Republicans wish to capitalize on this, all they need to do is win elections, and they’ve just been given another development to get air time, fundraise, and campaign on.