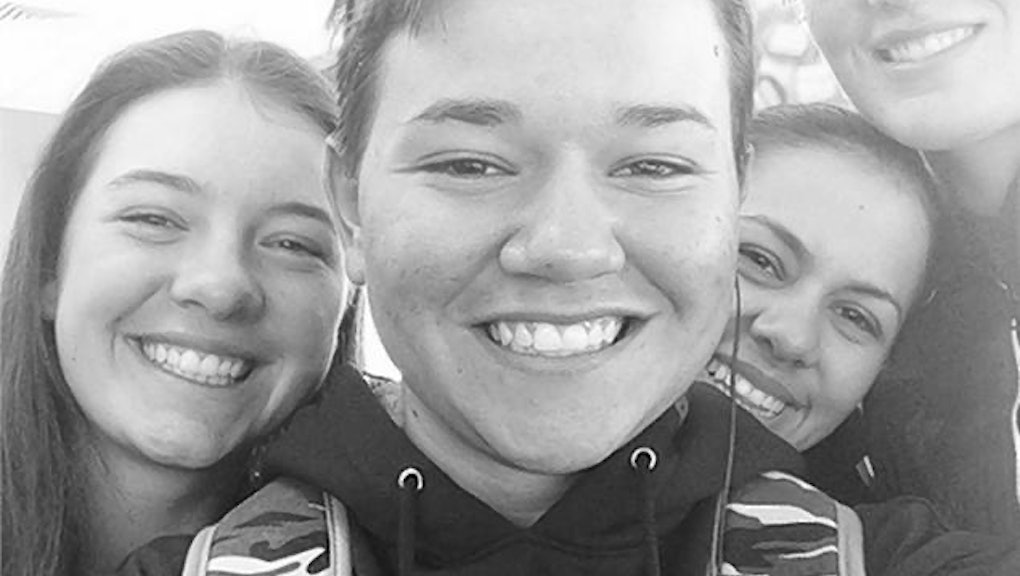 Four female Marines made history this week when they graduated from the Marine Corps' enlisted infantry training course at Camp Lejeune, North Carolina on Thursday.

"This is a milestone for women seeking equality in the Armed Forces," said Capt. Maureen Krebs, a Marine Corps spokeswoman.

In other words, this milestone marks the first time female Marines will earn the title of "Grunt." To fully appreciate this monumental accomplishment, here are five things you need to know.

The four female Marines underwent a grueling, nine-week course to gain the knowledge and skills required to be a Marine infantryman. The women received instruction on employing different weapon systems, offense and defensive operations, and conducted numerous daytime and nighttime live-fire exercises.

Fifteen women volunteered to join the 59-day course on Sept. 24. The female students were keeping up just fine until the week of Oct 28. According to the Marine Corps Times, that was the beginning of what some consider to be the most strenuous week at Infantry Training Battalion. The week culminated in students marching 12.5 miles and carrying up to 98 pounds of gear — enough to break the toughest Marines. What made the march even more grueling was the cold temperature and the weight of sweat, which made the gear even heavier. Only seven women survived the march among the 246 men (26 men also fell out of the march).

Throughout the course, the female students were held to the same standard as their male counterparts. This was in accordance with the changes from the Pentagon, which earlier this year repealed rules barring women from ground combat jobs. Here, the infantry instructors talk about giving equal treatment to female students.

The repeal by the Pentagon allows the Department of Defense to conduct more research in hopes of opening up more ground combat jobs to women. The research will study how women cope with the stress of combat, both mentally and physically.

On the officer side of the house, new female lieutenants have been invited to attend the Marine Corps' Infantry Officer Course in Quantico, Va. Speaking to the House Armed Services Committee on April 16., Gen. Jim Amos, the Commandant of the Marine Corps, had this to say on female volunteers heading for the course this year:

"If they all report, that will more than double the number of volunteers the Corps has had at IOC since it began Pentagon-mandated research last year."

Amos added that he needed more information so that he can make a more analytical recommendation to Secretary of Defense Chuck Hagel. To date, four female lieutenants have attempted to pass the course, but none have been successful.

5. Future of the four

"I lift, I like blowing shit up," wrote Private First Class Harlee "Rambo" Bradford (center) on her Instagram account, posting this selfie she took with her fellow graduates a day before the Marine Corps' 238th birthday. PFC Bradford has passed all the requirements of the course, but is currently recovering from a stress fracture. Once healed, she will continue her success in the Marine Corps.