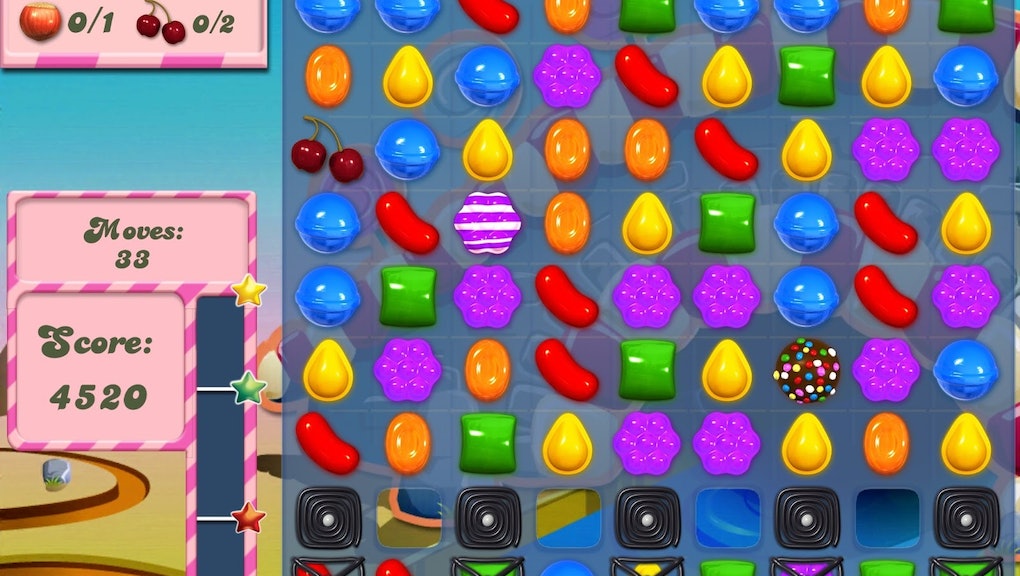 'Candy Crush' Lovers Already Get the Future Of Gaming

This week saw the release of two major entries into the gaming world: Angry Birds Go and Peggle 2. Both are new installments in highly successful franchises, and both have been labeled as "casual games" — that is, they have been dismissed as inherently less worthy of recognition than their "hardcore" counterparts.

Regardless of what you call them, these games have been tremendously successful. Candy Crush Saga, 2013's most inescapable "casual game," boasts over 600 million active sessions per day on mobile devices.

Peggle, a puzzle game inspired by pachinko, has sold 30 million units since its PC and Mac debut in 2007. A price-drop to $1 also saw it rise to the top of the iTunes app charts, selling as many units in four days as it had in the weeks immediately following its debut. Not incidentally, Peggle's developer PopCap Games is owned by Electronic Arts, and has many so-called casual hits like Plants vs. Zombies and Bejewled.

Angry Birds, Rovio's "sling-the-bird-at-the-pigs" animal cruelty simulator, had 10 million downloads in just three days after its launch. It hit a billion by May 2012, and even managed to make a very successful transition to a $30 game for gaming consoles.

But not many in the gaming community equate financial success with being hardcore. According to some, casual games are easy products made for middle-aged parents and "girl-gamers" (the gaming community isn't exactly known for its progressive views on women). They require no true skill, and instead are only good for boasting empty accomplishments on social media a la Farmville. This accessibility and, to some extent, extensive social integration is what make casual games different.

But those who dismiss these games overlook the fact that social integration simply isn't for casual games anymore. The future of gaming, as described by Hideo Kojima of Metal Gear fame, will be all about allowing players "to interact with their games, and each other, in new and exciting ways using multiple devices such as tablets and smart devices. Social experiences and player interaction are what will drive the next wave of games."

Both PS4 and Xbox One are already touting their supposedly revolutionary ability to immediately Tweet or Facebook or Skype your gaming accomplishments to the world — something that games like FarmVille have been doing forever. Thus in terms of sheer innovation, it would appear that casual games have hardcore games beat.

The more contentious claim is that hardcore gaming is tougher and requires more skill. There's no doubt that games like Angry Birds are easier to play than blockbuster releases like Call of Duty, Halo, Super Mario Galaxy and Uncharted. But — and this crucial — every one of these games looks like a joke when compared to the actual games of yesteryear. This is something a lot of gamers wouldn't be familiar with, since most have been playing for an average of 12 years. (If you ever feel like a gaming ninja in any of the aforementioned games, feel free to be humbled by Contra.)

Arcade classics were intentionally very tough in order to encourage coin sales. Perhaps the strongest indication of the relative ease of today's games is exemplified by the difference between Skyrim and Morrowind. They are the fifth and third installments, respectively, of the Elder Scrolls series by Bethesda. In Skyrim, it takes about thirty minutes to start seeing new powers and character growth; in Morrowind, it takes a few weeks and dozens of deaths before you see any progress at all. Most of the time, however, you'll just see this:

Now that is hardcore gaming.

Casual games like Diner Dash, Peggle, Plants vs. Zombies and the king Tetris have become so much a part of what we play that we can no longer make this casual vs. hardcore distinction. The term itself is both undeserved and belittling, and, if gaming forums are any indication, likely springs from a bristling against attempts to make gaming more mainstream. Calling someone a casual gamer is to immediately imply that they are less skilled or less talented than "real," hardcore gamers.

If you really want to think about why gamers are so insistent on keeping the term, there is the matter of the tiny statistic that casual gaming is most popular amongst women. If gaming weren't such a welcoming and pro-woman environment, I would think that meant something.