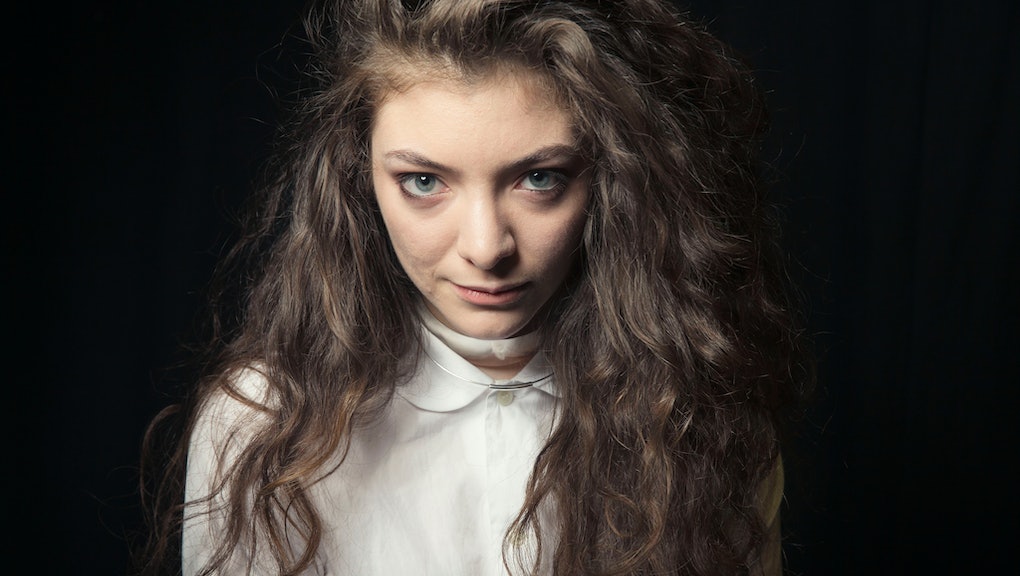 Pop stars are in the giving mood this week. First Beyoncé dropped an entire visual album seemingly out of the blue late last night, and now everyone's favorite New Zealand teenager has surprised us with a brand new single on iTunes.

"No Better" is apparently a leftover from Lorde's Pure Heroine sessions, but why it was left off the critically-acclaimed album remains a mystery at the moment. The track is true to the singer's signature trip-poppy style, complete with a pounding bass line and confessional lyrics that will be sure to please fans of her inescapable hit "Royals."

Pure Heroine was released in September to critical acclaim, and Lorde is currently in the running for four Grammys including Best Pop Vocal Album and Record of the Year.