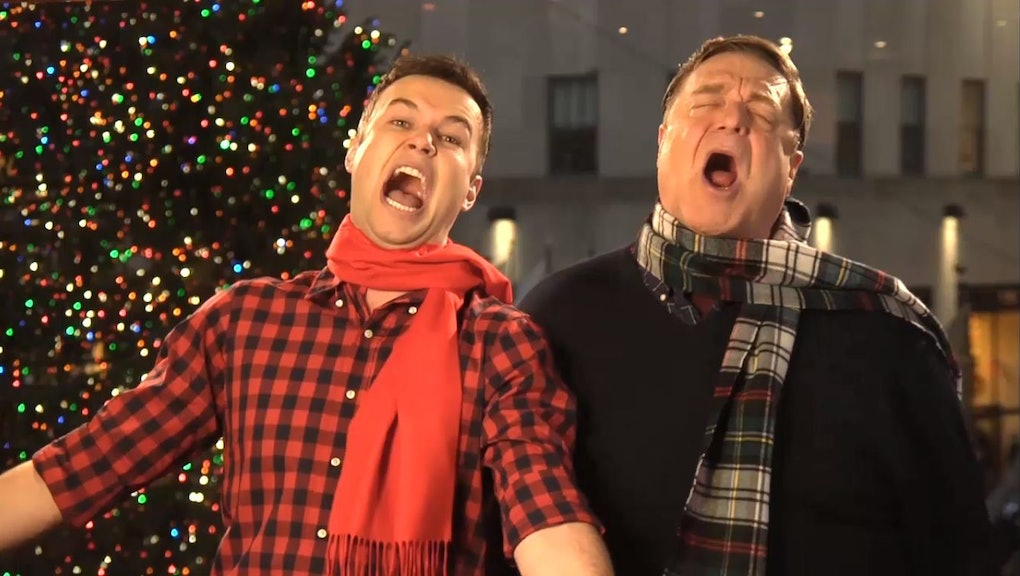 Last night's Saturday Night Live was a solid (and delightfully Christmas-y) if not overwhelming episode, but even the mediocre sketches were given life by the presence of host John Goodman. His performance made clear why he has been brought in to host a very respectable 13 times.

The best moment of the night came as part of "Weekend Update." Bobby Moynihan played the perennial Drunk Uncle and we got Goodman in as Drunker Uncle. Rarely do we see a host on SNL utilize their real-world acting chops, but damned if Goodman didn't make Moynihan's character look like a relatively sober first cousin. It recalled something of The Big Lebowski, and with Inside Llewyn Davis recently in theaters, that hit just the right note.

Goodman brought his own unique flavor that added some spice to many of the episode's otherwise unremarkable bits. There was a somewhat troublesome courtroom sketch that hinged on Goodman being unattractive in a dress (I object!), but seeing him dance in a giant snowflake costume and partake in an over-the-top make out session with Kate MacKinnon were unforgettable moments as well.