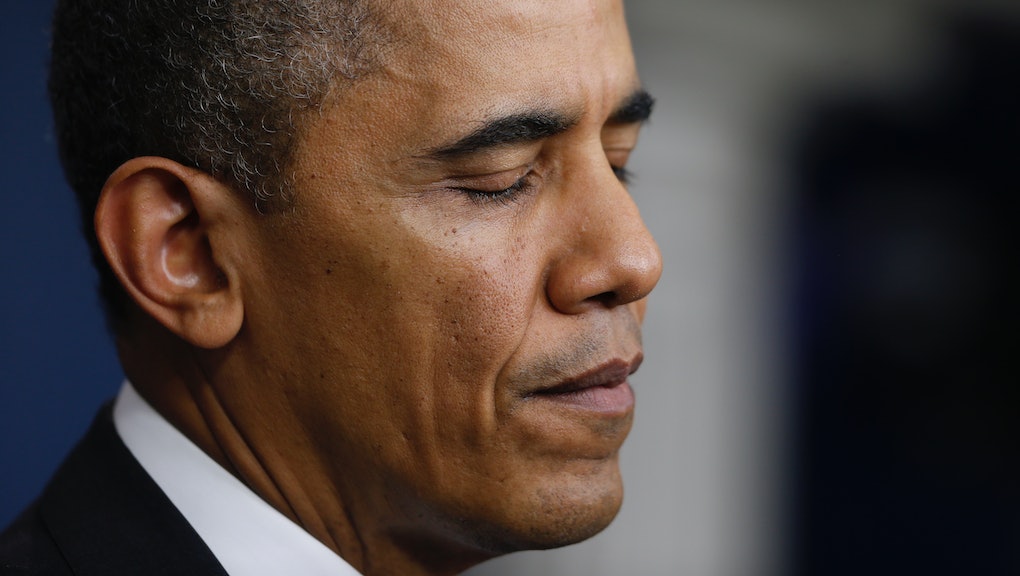 17 Politicians Who Are Getting Coal This Christmas

It's not every day Kris Kringle himself takes the time to ask you a favor, so when he asked me to review his famed "naughty list" I had to jump on the opportunity. This version of the naughty list pertained exclusively with politicians, and in the spirit of 2013, the year of the leak, I've noted which politicians shouldn't look forward to Jolly Ol' Saint Nick sliding down the chimney this week.

Christmas came a little early for for the outgoing Virginia governor when federal prosecutors elected to delay any indictments against McDonell and his wife, Maureen, in a gifts scandal. While McDonnell still enjoys a 53% approval rating, the scandal negatively affected his attorney general Ken Cuccinelli in his bid to succeed the governor. Unfortunately for McDonnell, Santa doesn't take kindly to elected officials giving gifts a bad name. On Wednesday he'll have some coal awaiting him.

President Bill Clinton's veep found himself on the naughty list as well. Earlier this year the former environmental warrior sold his television network Current TV to oil-rich, Qatar-based Al Jazeera. Turns out Santa isn't pleased when you sell out your life's work to your sworn enemy for a quick $70 million. It's a toss-up whether or not Gore burns his lump of coal come Christmas morning.

The Republican National Committee started the year on the nice list with an "autopsy" of the party following it's crushing 2012 loss to President Obama. However, Reince had two gubernatorial elections this year; one a sure thing (Christie) and the other a toss-up (Cuccinelli). Priebus only gave Cuccinelli a third of the funding that race recieved in 2009. He left Cuccinelli behind in the first week of October in a close race where Cuccinelli could have won millennials according to a CNN exit poll — a victory for social conservatives in a purple state would have been huge for the party's confidence. Priebus left his friend behind and will pay the price.

The Big Apple's outgoing nanny makes an appearance on Santa's political naughty list this year. It's no secret that Santa is a fan of snack foods, and no one is a bigger threat to those than Nanny Bloomberg. As he finally leaves office, Bloomberg is attempting to guilt New Yorkers into taking the stairs instead of elevators or escalators. But it turns out old St. Nick isn't interested in walking up and down stairs of apartment buildings for an entire city.

Congressman Trey Radel who was busted for cocaine possession last month, and Santa is not a fan of blow. After a 28-day rehab stint Radel promised to return to work instead of resigning his seat. Santa wants you healthy, Radel, so that you can celebrate more Christmases down the road. Go home and get right. Maybe a stocking full of coal will straighten you out.

Anyone who introduces Sydney Leathers to the American political lexicon gets coal. It's that simple.

Former Republican and Governor of Florida Charlie Crist makes Santa's naughty list for his political opportunism. Crist refused to run for re-election in 2010 and instead ran for a vacant Senate seat against Tea Party upstart Marco Rubio. He was promptly trounced in a primary and went stomping his feet and promising to leave the party. Instead of primarying Scott in a party he held office for since 1993, he's elected to jump ship in an effort to unseat Scott in a general election.

Florida coming in HOT on the naughty list this year (Rubio, Crist, Radel). No one did more to damage his brand more than Rubio did in his push to offer amnesty to illegal immigrants this year. His naughty list inclusion isn't for amnesty (Santa is largely apolitical) but because he turned his back on the people who elected him (on this issue at least). Rubio had been seen as a conservative upstart in the Tea Party, and a potential presidential candidate. Both of those reputations have taken a strong hit. Coal for Rubio.

New York Governor Andrew Cuomo has consistently passed the buck to others. Whether it be the Tax Relief Commission, Moreland Commission, or his refusal to make a decision on fracking, it's become clear he's inherited his father's indecisiveness. No one is bigger fan of accountability than Santa Claus. It's time for the governor to step up and make his own decisions. The people elected him, not the commissions.

Another elected official who refuses to adhere to the message that carried him into office. The Pennsylvania governor recently signed into law a multibillion dollar transportation bill. The move will likely help Corbett in this year's re-election chances, but would hurt any message of fiscal sanity that he could repeat from four years ago. Keep your word, Governor, or you get a stocking full of coal.

For over 200 years the United States Senate was a defense against the tyranny of the majority because of the Senate rules and the filibuster. Recently, Harry Reid moved to change the Senate rules and invoked the "nuclear option." After spending years as the Senate Minority Leader, Reid knows how important the powers of the minority are, and has been in the Senate long enough that he should respect the rules — Not to mention, his former opposition to the nuclear option. Turning your back on your word gets you coal.

A rough year for the 2008 presidential nominee is mercifully coming to a close. John McCain appeared amongst Syrian fighters that later turned out to be kidnappers during his work to get America involved in another international conflict. Senator McCain has openly attacked Senators Cruz and Paul calling them "wacko birds," and fought for the continuation of the national surveillance police state. Santa doesn't like anyone else knowing when your sleeping and when you're awake.

As previously mentioned, Santa is a fan of personal accountability, and no one was held less accountable by herself or her employer than Health and Human Services Secretary Kathleen Sebelius. The healthcare.gov website remains a punchline on late night television, and Sebelius' refusal to resign after the botched rollout of Obamacare remains shocking.

New York Congressman Peter King makes the naughty list for a plethora of reasons. Be it wasting the time of Iowans and New Hampshirites as he "prepares a presidential run," his endorsement of the national surveillance state, or starting a super PAC to silence debate from the Tea Party and grassroots folks, King has earned his stocking full of coal this year.

Liz Cheney is seeking a United States Senate seat in conservative Wyoming, and while her campaign against Senator Mike Enzi seemed like a good idea at the time, it has struggled to gain any traction. Cheney had a very public falling out with her lesbian sister regarding her views on same-sex marriage. Santa doesn't appreciate airing out dirty laundry in public.

The owner of the biggest lie of the year, President Obama is also the big coal receiver of the year. Over 3 million have lost the health insurance they liked after the president's promise it would not happen. He's carried out drone strikes in Yemen, killing a wedding party among others attacks, continued the course on domestic surveillance, and has no funeral decorum. Santa will be visiting the White House with a big lump of coal for the chief executive this year.