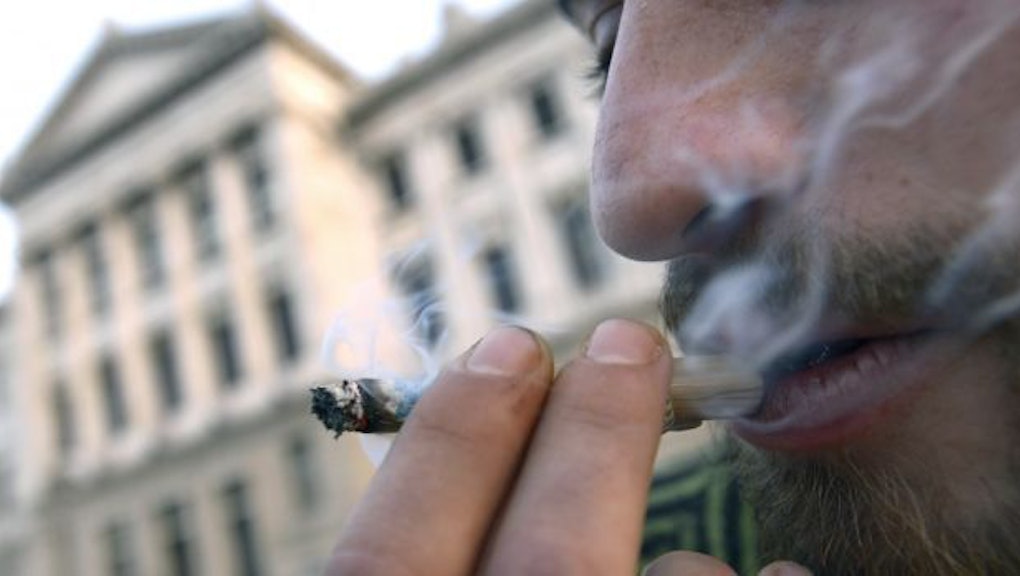 The news: South America's War on Drugs might have just lost a crucial element. In the wake of Uruguay's historic decision to legalize the sale and use of marijuana, other countries are reconsidering long-held convictions about keeping the drug illegal.

Argentina's counter-narcotics chief, Juan Carlos Molina, basically admitted in a radio interview that the national government is considering walking away from the war on pot. "Argentina deserves a good discussion of this," he said, mentioning decriminalization specifically. Mexico, where marijuana is already decriminalized, is also on the way to lowering penalties for weed. Mexico City's city council is considering legalizing possession of up to three marijuana plants and allowing co-operative grow clubs.

Support for legalization of marijuana is still low — hovering around 40% across the region — but South and Central America's youth are much more in favor of changing policies. Argentine, Chilean, and Mexican youth are respectively 81%, 79%, and 73% in favor of legal weed.

The background: Uruguay became the first country in the world to legalize marijuana earlier in December. Starting in just a few months, Uruguayans will be permitted to grow six marijuana plants a year (about 17 ounces' worth), and form smoking clubs of 15-45 members with a production limit of 99 plants a year.

The region's slow swing towards relaxing marijuana prohibition will depend on the success of the Uruguayan experiment, which is already seeing professional marijuana growers come out into the open.

"The law is a great way to start with this issue. For us it's really useful," marijuana cultivation supplier Juan Andres Palese told the Associated Press. "We have more customers. There are many people interested in growing their own plants. There are also many opportunists who come to the store because they see a way to make money from this new law."

If Uruguay can successfully eliminate the marijuana black market, there might be many more opportunities to relax drug laws in neighboring countries.

But legalization could backfire: Marijuana legalization seems like a good idea to many young people — as many as 65% of American millennials support it in their own country — but Paraguay's drug lords think it's even better. The Uruguayan government is planning on selling weed for approximately $1 a gram; Paraguay's cartels are selling it for $0.06 a gram in their own country and $0.30 across the border in Uruguay. As one of the region's biggest producers and traffickers of weed, that has Paraguay's counter-narcotics officials pretty worried that Uruguay will worsen their problems with organized crime. Problems like that could stall progress on other fronts and weaken other countries' resolve to change what is clearly a broken policy.