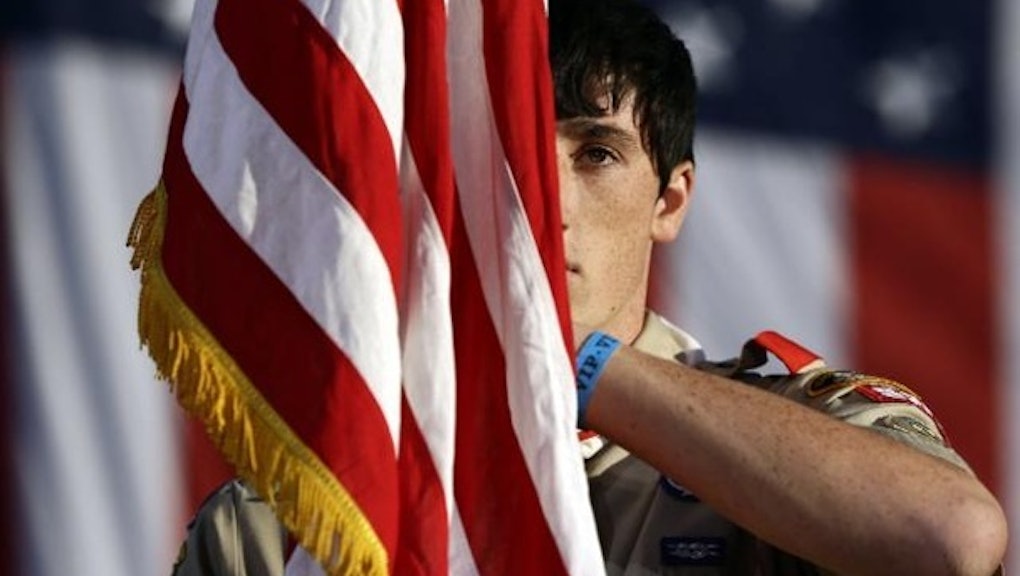 The news: The results of the Win/Gallup International’s Annual Global End of Year Survey show that a startling 24% of people questioned in 65 countries around the world believe the United States is the “biggest threat to world peace.”

Why? This result is likely due to the United States' heavily debated political and military interventions across the world — our presence is undoubtedly pervasive.

The U.S. has been in 11 major conflicts since 1908. The War on Terror has lasted since Sept. 11, 2001, and extends to this day across the Middle East, Africa, and Asia. As of 2010, the Department of Defense listed 611 military facilities around the world, excluding war zones. The U.S. also spent more on defense in 2012 than the countries with the next 10 highest defense budgets combined. In addition, with the revelations of Wikileaks, Chelsea Manning, and Edward Snowden, the extent of the America's intrusion has been exposed.

The big takeaway: In 2009, at the beginning of his presidency, Obama offered an olive branch to the Middle East with his now famous Egypt speech. Five years later, we’re still embroiled in several conflicts. 155 detainees remain imprisoned in Guantanamo Bay. New NSA spying allegations seem to be announced daily, impacting our global reputation.

And yet, the poll also showed that America is the most desired country to live in. For those who would like to move, the survey showed that the U.S. (9% of respondents) is the most favored destination, with Canada and Australia both at 7%. It is a paradox that people want to live here but at the same time, an overwhelming majority question our capacity to be an agent of good. The U.S. gives $50 billion a year in aid to foreign countries, not to mention the countless American nonprofits working to make the world a better place. Our popular culture is consumed around the globe, but our presence in real-life situations is questioned. All this suggests that people believe some notion of “the American dream” exists, but only for Americans.