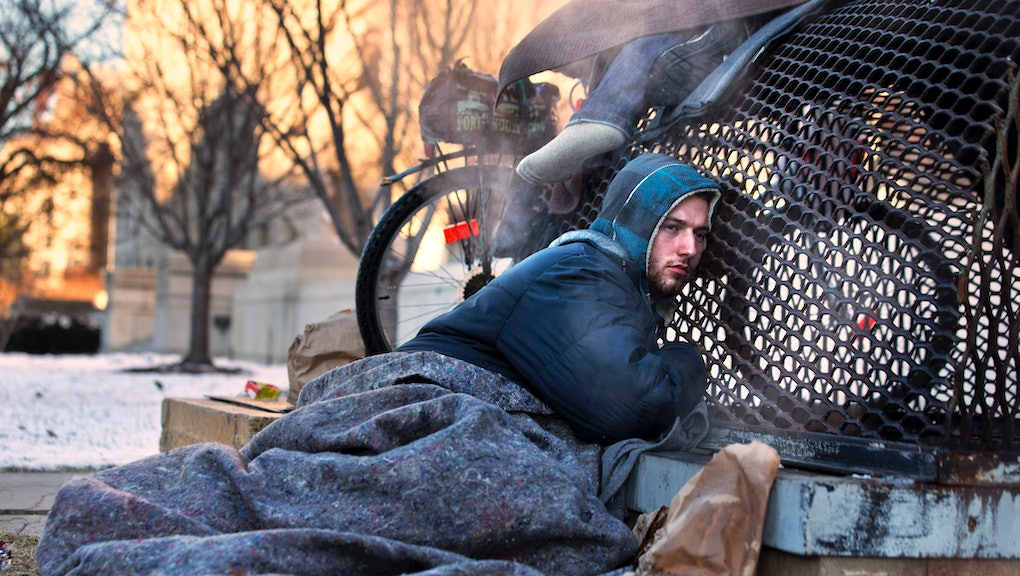 A Family Has Found Their Missing Son in This AP Photo

A family has found their 20-year-old son, who went missing after leaving their home a week ago — in an Associated Press photograph that appeared throughout print and online media this weekend.

Nicholas A. Simmons was last seen leaving his home in Greece, a town in Rochester, New York at 5:00 p.m. on Dec. 31. His family feared the worst and started a Facebook page asking for help.

But after USA Today ran a photo series on the recent cold weather snap which has hit the continental United States, Nick was right there, pictured warming himself against a steam grate outside the Federal Trade Commission in Washington, D.C.:

Various other outlets ran the photo as well, including PolicyMic and The Daily Mail, greatly increasing the odds that someone would spot Simmons in the media and forward it to his family.

Choosing to identify himself only to the photographer as "Nick," the AP said he was one of many of the city's homeless struggling to stay warm in the frigid temperatures. Washington, D.C., reached a low of 17 degrees Fahrenheit on the morning of Saturday, Jan. 4, when the photo was taken.

Simmons' mother contacted the AP, who was able to connect her with Jacquelyn Martin, the photographer who snapped the fateful photo:

D.C. police responded and were able to locate Nick.

Simmons left home after a dispute with his family. His father went to D.C. to visit him in GW Hospital, where he was being held on Sunday.

It's a reminder that behind every homeless person, there is a story. There are people who love the person ... many of whom likely wish they knew where their relative or friend was.