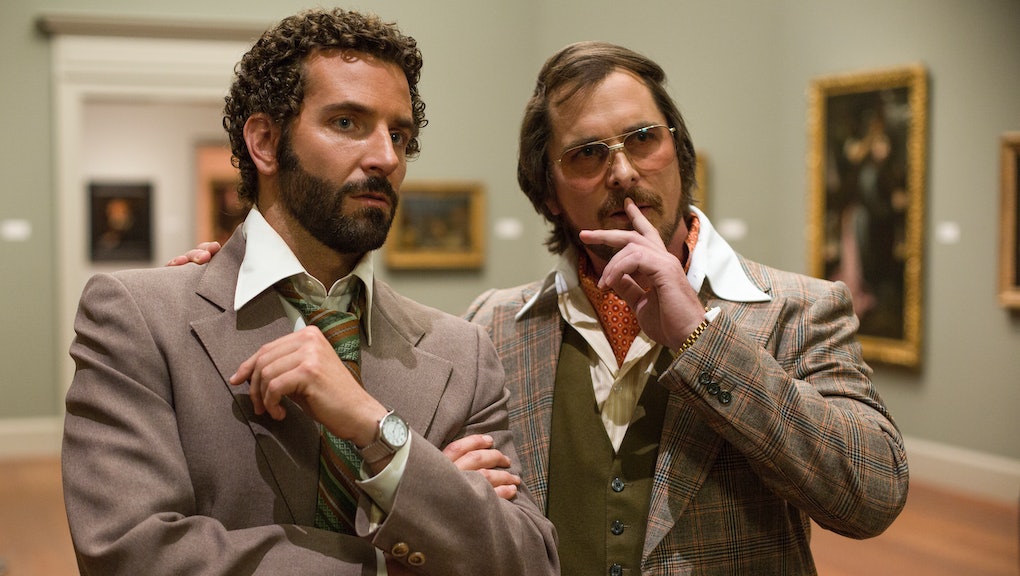 Awards shows have a way of creeping up on you. Every year at around this time cinephiles, couch critics, TV junkies, and average moviegoers tune in to and turn on the Hollywood fanfare that is awards season. This Sunday night, the Golden Globes will kick off the annual pageantry and honor the year's best in television and film.

Argue what you will about how meaningless these awards shows might or might not be, or whether or not people our age really even care. The bottom line is 2013 was a memorable year for movies and television. One of the greatest television dramas ever finished its run, a British director gave us what critics have called "the greatest feature film ever made about American slavery," we're smack in the middle of television's donned golden age, and a campy comic-book space story with jaw-dropping images revolutionized visual effects. And that's only the tip of the iceberg.

On Sunday, the Golden Globes will honor this year's Hollywood small and big screen successes. With Amy Poehler and Tina Fey hosting again, there is a built in laugh-factor, not to mention a much-appreciated younger-generation ratings ploy. Last year's broadcast raked in a 6.4 rating in adults 18-49, signifiying a 28% increase from the 2012 show and our generation's firm vote of confidence for the Fey-Poehler duo. More than 19 million people tuned in and the men behind the curtain are banking on a ratings repeat.

Historically, the Golden Globes have been brushed aside as the drunken younger sibling to the glamorous and oh-so-prestigious Oscars. It's an overflowing awards show packed with room for films that won't get Academy Award nods (like, Salmon Fishing in the Yemen last year or Rush this year). But online, the Golden Globes are revered for this very reason: Unexpected TV shows and less serious movies get their moment in the sun, and thanks to the bites and booze, celebs are looser and gaffes abound.

This year's most nominated of the night? In the film category, those honors go to American Hustle and 12 Years a Slave. For TV we're looking at the Netflix series House Of Cards – along with some contentious snubs including Mad Men and Homeland.

The event itself begins 8 p.m. EST this Sunday night on NBC. We will be following along with this here live blog to give you up-to-the-minute coverage of the night, and to debrief on everything shady, hilarious, heartwarming, or skin-crawly. Stay tuned.