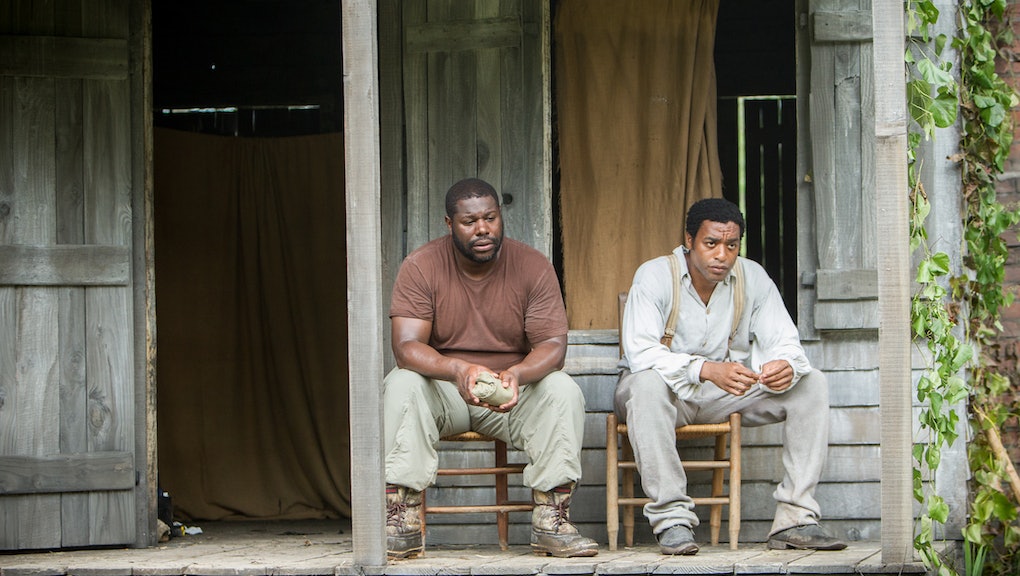 As blogged-about as the Golden Globes have become, there's nothing quite like Oscar buzz. The Academy announces the contenders on Jan. 16, and as the studios send out a last-minute barrage of 30-second TV spots and full-page newspaper ads, critics are weighing in with their carefully calculated predictions and impassioned personal picks.

But discussing this year's potential Best Pictures on their own merits may be a pointless effort; after all, the Academy will just nominate the same films it did last year. Well, not literally, but practically — more and more, the past decade's nominees have been culled from a clearly defined set of categories. The Academy's preferences have become so standardized that picking this year's nominees can be as simple as checking off boxes.

Historical films — especially those with electric lead performances — make up one of the most popular categories, with this year's 12 Years A Slave telling the tale of Solomon Northup with the same attention to period detail that brought last year's Lincoln to awards night. And when a film induces the right amount of Hollywood nostalgia (see: The Artist) the Academy has trouble resisting, which keeps the sappy Walt Disney story Saving Mister Banks alive amid strong competition.

There's usually a stunning blockbuster in the mix, too. Gravity, considered by many to be a lock for a slot, is raved about as a one-of-a-kind visual achievement, but it's really just following in the footsteps of Life of Pi, Hugo, Inception, and Avatar, each previously praised as the technical marvel of the year.

Finally, there's always the requisite "indie breakout" film. Standouts in this category include 2007's Juno and last year's Beasts of the Southern Wild, and while it seemed like Ryan Coogler's Fruitvale Station would win Academy hearts with its intimate portrayal of murder victim Oscar Grant, it looks like Spike Jonze's sci-fi rom-com, Her, which broke late with a solid 91% on Rotten Tomatoes, will clinch the indie flick slot this year.

It's been harder to make definite predictions after 2009, when the Academy expanded the number of possible of nominees from five to anywhere between five and 10. The switch has worked well for lesser-known gems — how about two small indie films, The Kids Are All Right and Winter's Bone, in the same year (2011)? — but it has also diluted the race with odd selections like the lukewarmly received Extremely Loud & Incredibly Close in 2010.

This year, the category's flexibility is likely to help quirky films that don't fit snugly into the typical Academy mold. While Gravity, 12 Years A Slave, and Her are comfortable fits, and American Hustle has its historical background and bit of Scorsese homage to help it claim a spot, the quieter Nebraska and bombastic but brilliant Wolf of Wall Street could only make the cut with the possibility of an expanded lineup.

And yet, even with the promise of a more diverse nominee pool, when it comes time to name a winner, it's almost certain that the Academy will pass up challenging films in favor of a picture that fits their comfortable categories. When they could have picked Zero Dark Thirty's stark exploration of modern espionage, voters went for a historical Hollywood movie, the rather straightforward thriller Argo. And who could forget the feel-good but forgettable King's Speech taking the gold over The Social Network, David Fincher's indelible portrait of millennial entrepreneurship? This year's top contenders are great films, but it's a shame that worthy outliers, like The Wolf of Wall Street or the beautiful but almost sure not-to-be-nominated Blue is the Warmest Color, don't even have a chance.