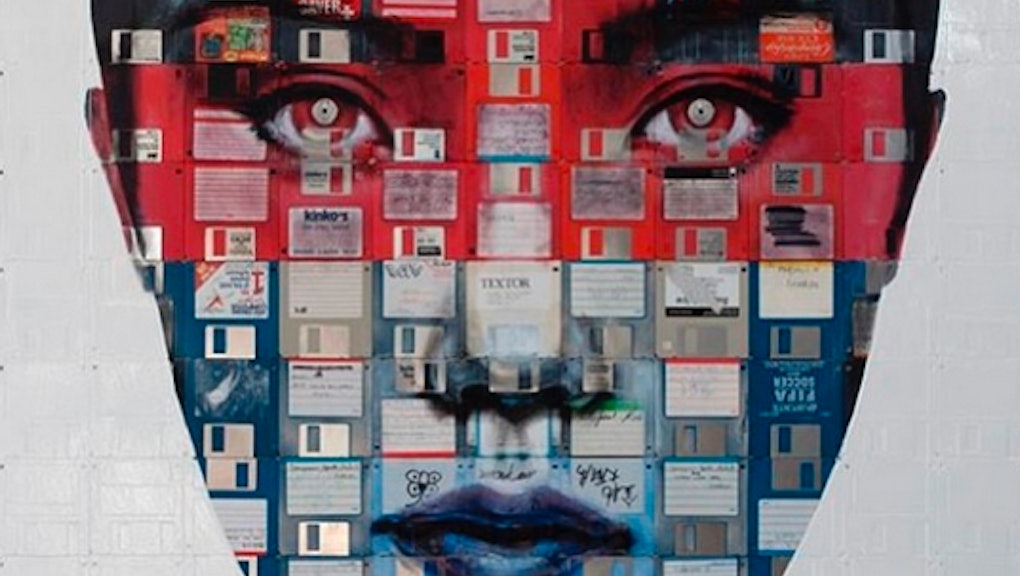 Winter means cozy sweaters, warm drinks and a lot of time indoors. And the more time we spend cooped up, the more bored we get. But while we're lazing about hoping the polar vortex never returns, some artists out there are turning the everyday objects that surround them — from hard-drives to buttons and even trash — into spectacular artwork.

Unlike traditional conceptions of art, which typically create a separation between themselves and the mundanity of everyday life, reclaimed art (art created from everyday objects) encourages viewers to look at common objects from uncommon perspectives — no formal education required. It is accessible in both its understanding and creation, and is rich with possibility as artists-cum-archaeologists scour for objects others leave behind in order to create something beautiful.

Reclaimed art's history began with the objet trouvé, or "readymade," which is the umbrella term for undisguised "as is" objects normally too pedestrian or grotesque to qualify as museum-worthy "art." Marcel Duchamp's "Fountain" is the prime example. As a readymade, "Fountain" was more conceptual than aesthetic, only qualifying as art once Duchamp declared it so.

Reclaimed art has eked its way into the modern day with impressive results. Here are 10 contemporary artists who see the world differently, through the lens of the objects they manipulate:

"The Eden Horse" by Heather Jansch

Artist Heather Jansch creates naturalistic horse sculptures from driftwood. She utilizes the warps and bends to authentically mimic the curves of animal movement. Though she began her artistic career with drawings, Jansch later moved onto small horse sculptures and has since breathed life into life-size horses.

Then there's Tim Noble and Sue Webster. Though their collaboration originally began after collecting and constructing with garbage found on the London streets, their shadow portraits are now visible in galleries all over the world.

"Sinatra — The Joker is Wild" by Derek Gores

Florida-based artist Derek Gores does what we all did for elementary school projects: create collages from magazine cutouts. He just does it much better. The Internet drew attention to him in the summer of 2013 when he created a collage from magazine scraps of hate speech to depict a relaxed summer scene of a lesbian couple and their daughter at the park.

Guerra de la Paz takes that musty pile of laundry sitting at the foot of your bed and transforms it into something beautiful. Both members of the duo, Alain Guerra and Neraldo de la Paz, were born in Cuba and aim to create art that challenges both consumerism and labor-related conflict.

Erika Iris Simmons demonstrates that when everyday items become obsolete, windows of opportunity open wider for creatives. Her focus is pulling out that long black film from cassette tapes and reorganizing and trimming the lines until they come together in perfect snapshots of famous celebrities like Steven Tyler and The Beatles.

"What Came First?" by Kyle Bean

Artist Kyle Bean doesn't throw out those Sunday brunch eggshells; he seeks them out and uses them to construct realistic, wildlife sculptures with the remains in his work "What Came First?"

"All We Are" by Nick Gentry

Belgian artist Wim Delvoye's works are designed to shock and awe, ranging from works like "Cloaca," a digestive machine that turns food to feces, to "Cement Truck," a Gothic-style scale model of a cement truck rendered in laser-cut stainless steel.

Channeling Toy Story in a meditation on what happens to our childhoods once we throw away our toys, Robert Bradford builds large-scale sculptures of animated creatures by utilizing the hodge-podge of shapes, colors and textures that toys offer him.

At the risk of endorsing time-consuming Pinterest-worthy behavior, here's a sister who collected beer bottle caps for three years to ultimately surprise her boyfriend with this collage for his birthday.