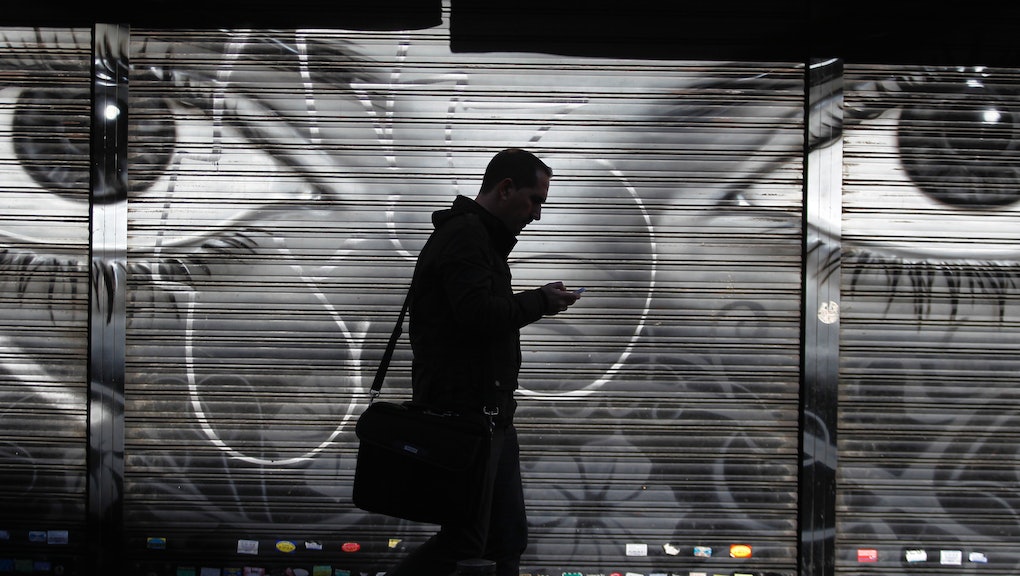 The NSA is able to spy on you, even if you're not connected to the Internet.

Using small radio transmitters embedded in circuit boards and USB cards, the NSA can hack into computers with their connectivity disabled. They've already done it 100,000 times, according to reports. Computers that aren't plugged into the Internet — or never have been — can then be cracked, giving NSA agents the ability to modify files and receive data from miles away from the target.

The radio tech allows access to systems previously thought impervious to outside interference. But there's a catch: the radio frequency hardware has to be physically inserted into the computer by a spy, manufacturer or even a user under the impression he's doing nothing more than transferring his files via USB stick.

One system, called Cottonmouth I, can be hidden in the end of a normal USB cable without significantly affecting its appearance. Using radio waves, it can communicate with a Nightstand relay station capable of affecting the target system in miliseconds — and it works up to eight miles away.

Here's what that looks like, according to the New York Times:

Getting the radio transmitters in the hands of the NSA's targets is easier than you'd think. For one, the NSA is increasingly relying on tricks like modifying computer hardware at their own warehouses before it even gets to its intended destination.

An NSA division called either Advanced or Access Network Technology builds the radio transmitters and other special hardware, such as software designed to provide backdoors into hard drive firmware and monitor cables that transmit what's on the screen of the device it's connected to. Getting their targets to accidentally expose their computer networks to compromised hardware can be as easy as interdicting their shipments and replacing or modifying the shipped goods with bugged components.

Who are they spying on and why? The NSA claims that it's only spying on America's enemies, but that list is now confirmed to have expanded to not just elements of the Chinese army accused of launching cyber attacks on the west, but Mexico's Secretariat of Public Security, Belgian telecommunications company Belgacom, European Union trade institutions and sometimes-shady partners against terrorism like Saudi Arabia, India, and Pakistan.

According to the Times, the NSA can now monitor 100,000 computers around the world. The Guardian revealed in October that the agency was spying on the conversations of and collecting the phone numbers of 35 world leaders.

As PolicyMic's Ben Cosman wrote, "The NSA's vast surveillance operations are symptomatic of a global bully doing what a global bully does best. America puts its business wherever it sees fit, other countries be damned ... This is a Cold War cliché. Regardless of ethics or legality – both of which are undeniably questionable – this should not come as a surprise to anyone."

In other words, they do it because they can, and they're going to develop increasingly sophisticated ways to do it.

One last thing: The leaked NSA catalog which originally publicized the radio-transmitting technology, published by Der Speigel months ago, came from 2008. In the nearly six years since, what else have they come up with?