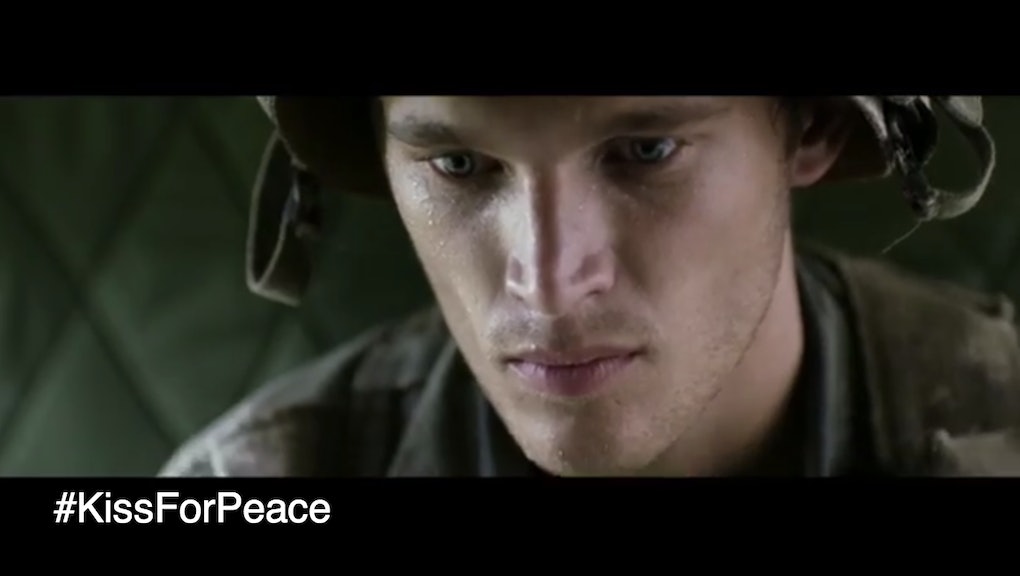 Watch: This Insane New Axe Commercial That Puts a Twist On War

So, what exactly is going on here? This new ad is certainly a departure from Axe’s typical fare. Usually Axe ads adhere strictly to the old adage of “sex sells” – and the company is content to reinforce gender stereotypes and portray women as sex-crazed animals that go insane at the push of a body spray can. This new one is definitely different.

The New York Times calls it “a more earnest tone” as Axe tries to be something along the lines of political. Apparently, Axe has teamed up with a nonprofit called Peace One Day for an ad campaign and new line of products, after donating $250,000 to the organization.

What’s Axe thinking? Matthew McCarthy, the company's senior marketing director gave an explanation: “The state of the world and making a difference in the world is something that’s hugely relevant to young people.”

Well, he’s not wrong. But I’m not sure Axe is exactly where “young people” turn to think about the “state of the world.” And I don’t know how effective the hashtag #KissForPeace and the slogan “Make Love Not War” are to “making a difference” – but at least this isn't a typical Axe ad.

So that’s progress, I guess. Look at Axe, making a difference in their own small way.