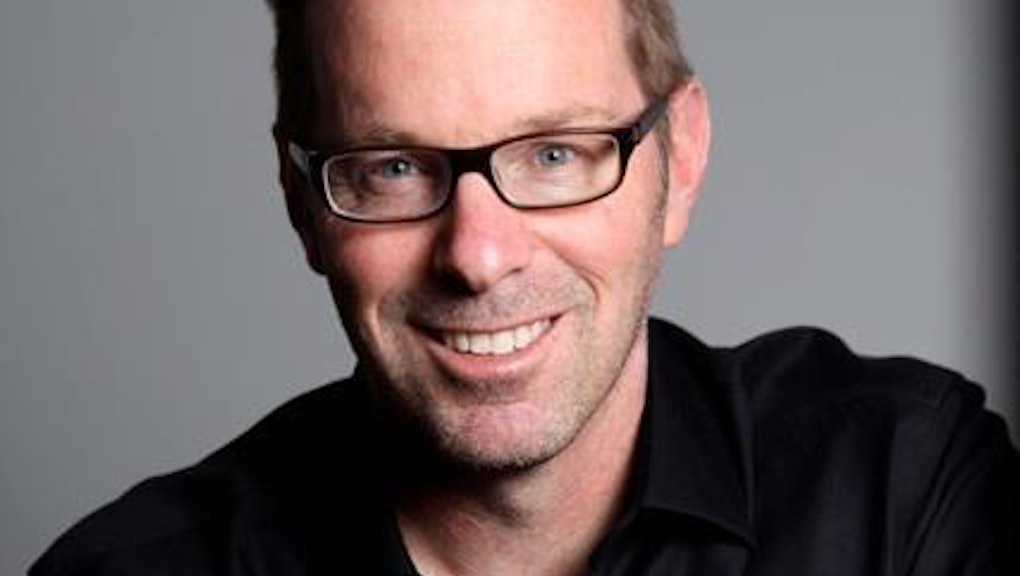 If you've been immersed in the feminist sphere of the Internet for a while, you know how this goes already. An attractive, heterosexual male celebrity declares himself a feminist. Like clockwork, the feminist blogosphere whips itself up into a lather to heap praise upon this "evolved" man.

Joseph Gordon-Levitt's admission into the feminist fold last week is only one of the most recent examples of men celebrated for taking on the mantle of feminism and making the cause "look good." Other recent examples include John Legend, as well as more questionable mentions like Robin Thicke who defended his controversial song "Blurred Lines" as the beginning of a "feminist movement." We are far too eager to heap praise on men just for claiming the label "feminist," even if they don't follow through with action to challenge the larger sexist culture.

Our tendency to take men at their word, instead of examining their actions and history, allows them to dodge accountability. Perhaps the most famous example of this is the enabling of self-proclaimed "male feminist" Hugo Schwyzer, despite his constant silencing of feminists of color who brought up his history of abuse. As a white heterosexual man, his narrative of redemption was simply accepted at face value by liberal white feminists. Only when revelations broke that he had been sleeping with his students and had no credentials to teach gender studies was he finally discredited by the white feminist blogosphere.

Even when men have carved off their own spaces to explore feminist politics, these attempts have turned sour. In her investigation of the Good Men Project, PolicyMic pundit Liz Hall Magill examined how the Good Men Project transformed from a space to discuss positive performances of masculinity to a hotbed of rape apologism. The GMP's downturn even inspired a parody Twitter account:

As Minh Nguyen observed in a guest blog for the author Kiese Laymon's website, Cold Drank, self-declared "liberal" men seem to be very good at chattering off platitudes that seem vaguely feminist because they see it as a passcode to get laid. Nguyen writes:

But confusingly, misogynists are sometimes men who speak softly and eat vegan and say "a woman's sexual freedom is an essential component to her liberation. So come here." It's a tricky world out there. And while I'd prefer a critical approach to gender from men I elect, read and even bed, in my experience, the so-called feminist men I've met deep down have not been less antagonistic or bigoted toward women. What I see over and over again is misogyny in sheep's clothing, and at this point, I would rather see wolves as wolves.

Of course there are male feminists who are well-intentioned and just as deeply feminist as any female devoted to the movement, but we could do well to be more skeptical of our immediate cultural adulation of men who do nothing more than proclaim to be feminists. As much as we may idealistically wish for men to understand that gender roles are restricting for them as well, far too many men are comfortable with the status quo from which they considerably benefit. Heterosexual men who have internalized feminist politics are, sadly, few and far in between. We still live in a society where we're more likely to be mansplained at than listened to.

Liberal white feminists' overwhelming focus on recruiting heterosexual men who refuse to interrogate their privilege ends up centering feminism on men's approval of us. We need to have spaces where we can address the needs of our movement without falling into the patterns of ceding space in conversations to men. We need to continue working toward a feminist praxis that includes an active engagement with the ways we replicate oppression by privileging white men's voices and perspectives over the voices of women of color.

Our activist energy is a precious resource, and we could be channeling it towards issues more deserving of our attention. And if there are men who earnestly want to help work toward addressing these issues with us? Great! But recruiting men just so feminism can have a larger head count? That's something that should be left in 2013.