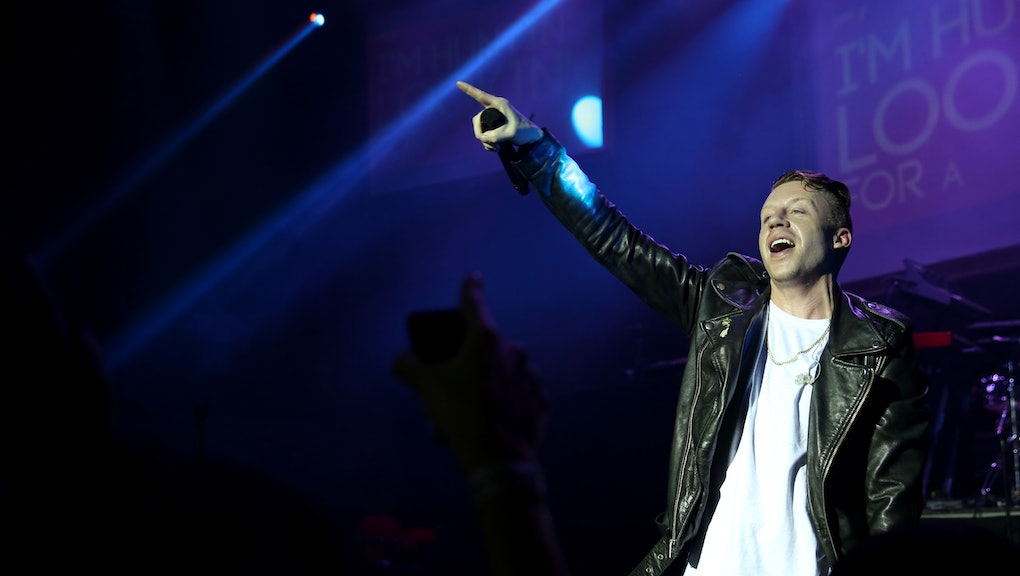 Grammy Performances 2014: What to Expect From Macklemore

The duo had a stellar year, and the nominations are split between "Thrift Shop," "Can't Hold Us" and "Same Love." Though they haven't announced what they will be performing, a medley of the three songs seems highly likely.

Macklemore & Ryan Lewis also performed "Thrift Shop" at the Grammy Nomination Concert. You can watch the performance below:

Check out what to expect from Taylor Swift, and be sure to watch with us tonight - we'll have all the winners, performances and crazy moments on our live blog.