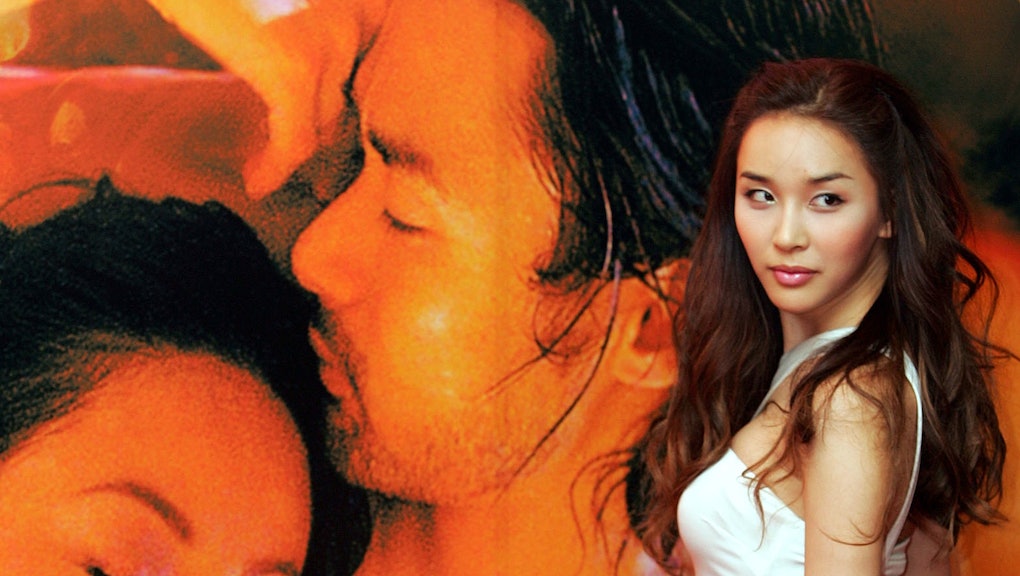 Trans Celebrities Are Becoming Household Names in the Most Unexpected Countries

If you're not well-versed in South Korean pop-culture, you may not recognize the name Ha Ri Su. But the transgender singer, model and actress has been making herself a household name in the typically conservative country since 2001.

Ha Ri Su is known for being the first transgender entertainer in the nation, which historically has been less than welcoming to members of the LGBTQ community. It may come as a surprise that a trans woman could reach such a level of recognizable stardom in a country known for its sometimes dated, almost Confucian values and stringent policies against gay marriage. But Ha Ri Su's face is seen in advertisements, films and music videos.

More importantly, she is drawing attention to the trans community in East Asia. It's always important that the media we consume reflects the diversity in our real communities — and not just ethnically or culturally, but also in terms of gender and gender identification. Not only does representation through film and television give people an opportunity to both educate and be educated about communities and people they may never interact with in real life, but it also helps breakdown transphobic thinking. Even here, in the supposedly "progressive" Western world, we have seen how little people understand transgender men and women — just look at Katie Couric's invasive and ignorant interview with Laverne Cox and Carmen Carrera last year. Couric couldn't get past the issue of genitalia, but perhaps if people were more aware of and open to trans-identified people, and had been exposed to such individuals via popular culture, those questions wouldn't even be a subject of conversation in 2014.

Ha Ri Su has achieved success in a country often perceived as rigid and traditional. And in that way, her fame challenges many of our preconceived notions about South Korea and its people as well. What's more, Ha Ri Su isn't the only transgender celebrity reaching levels of stardom in a country often perceived by the Western world as closed-minded when it comes to sexuality and gender. Here are three others making waves across the globe:

Turkish singer Bülent Ersoy has led an interesting and turbulent life. But whether she's acting as a radical artist or a religious zealot, she is giving a face to trans women living within the Anatolian region.

Ersoy's popularity contrasts with the image of honor killings that many Americans think of when they consider the LGBTQ community in Turkey. But the Diva, as she is known by her fans, has been singing popular Arabesque music since the 1970s. By the time she opted to undergo sex reassignment surgery in the 1980s, she was already a rising star; her transition was in many ways a very public affair. And her fans have stuck by her as she continues to produce music and make television appearances.

In India, the short-lived but popular talk show Ippadikku Rose introduced the state of Tamil Nadu to Rose Venkatesan, the country's first transgender television host. Even after the dissolution of Ippadikku Rose in 2009, Venkatesan has remained in the spotlight, appearing on radio and making her directorial debut with the film Cricket Scandal. But more radical than simply streaming on people's radios and television sets, Venkatesan — who has felt prejudice within her own family because of her gender identity — has launched her own political party on the platform of sexual and gender equality.

Venkatesan has continually asserted that she wants to use her popularity to educate people about the discrimination LGBTQ people face. "Transgenders in India are seen as immoral and evil. I will break that image by being articulate, intelligent and a bit like the girl next door," she told the New York Times. "[Ippadikku Rose] is a radical development. There have been transsexuals in Indian movies, but always as the object of ridicule or as villains. This is the first time in the history of Indian television that a transgender person has been featured as a television anchor."

Indonesia is considered one of the most Islamic nations in the world, with Muslims making up 86% of the country's population. So it may come as a surprise that for a brief period, a popular talk show host was a trans woman named Dorce Gamalama. The Sumatran-born singer, actress and comedian had a long-running career in Indonesia, and once told the Jakarta Post that her path was always towards that of becoming a woman. Back in 2001, when she was asked about how she would like to be remembered, she said simply, "I want to be remembered as a good person."