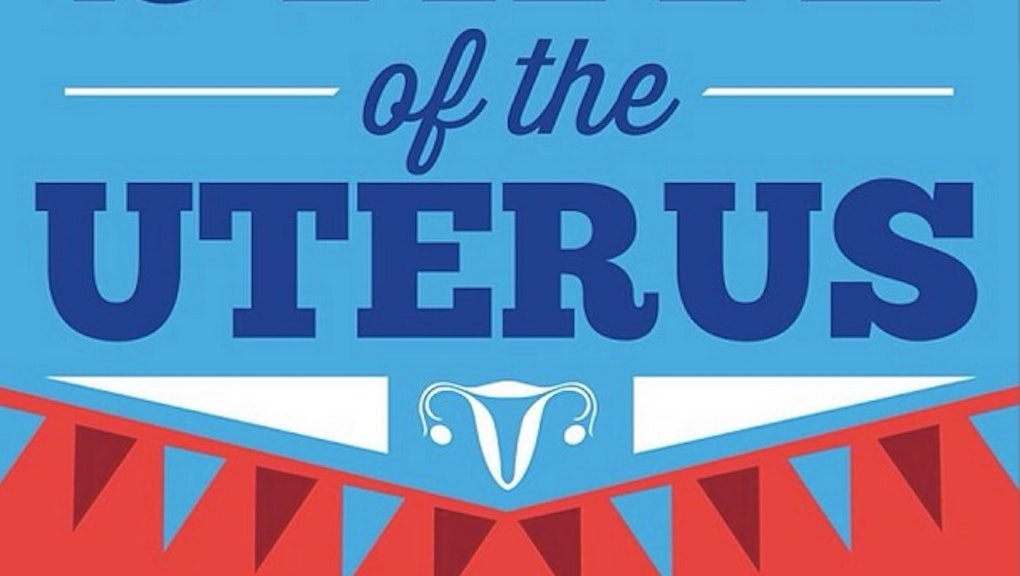 Every year it's the same old story. The president comes before Congress and wows everyone with hope, optimism and bipartisan exploding fist bumps (ok that happened once), and the Republicans come out with multiple responses to make sure no one forgets about their unity problem. This year, we heard from a record four different Republicans, none of whom let a dry mouth issue foil their chances of being taken seriously. Rep. Cathy McMorris Rodgers (R-Wash.) did the official Republican response, while Sen. Mike Lee (R-Utah) lead the Tea Party rebuttal. And let's not forget Rand Paul who flew solo, humbly representing himself.

In short (no pun intended), there was no shortage of responses. Let's just say that in terms of "the state," we're all set. In terms of "the uterus" though, that's a entirely different story. Actually, Obama didn't utter a single word on reproductive rights. Judging from how frequently Republicans converse about American women's uteri and libidos, you would think they at least would want to dedicate an entire annual speech to it. But no, nobody has thought about it yet. Until now!

Thanks to Lizz Winstead and the reprojustice fighters behind Lady Parts Justice, we will not only be having a conversation about the state of our country, we'll also be having one about the state of our female organs, which, if you haven't noticed, has been fiercely legislated this year. A whopping 141 provisions pertaining to reproductive health and rights have been enacted in 2013. In the last two years, there have been more laws trying to restrict women's access to reproductive services than there were during the entire last decade. Since we spend so much time ratifying uteri, why not spend a lot of time talking about them too?

Desperate times call for desperate measures, and that's why Lizz Winstead is taking one for the team. Borrowing her words, it's necessary to stand up to those "tirelessly fighting so the uteri of America [have] the same rights as the uteri of Saudi Arabia." We couldn't be happier that she's taking it on herself to do it.

Check out the full video below and the full script too.

Now I would not have been able to say that last October.

The end of the year left us unstable.

But that was then.

And I’d say the passage of 250 anti-choice laws in America in 2013 alone is a pretty good start.

In Texas alone, we are so close to reducing the number of clinics from 34 to 6 - bringing access to abortion on par with access to teaching evolution.

And it’s the success stories like Texas that we want to build on in 2014 and beyond.

While we have had some luck getting a few transvaginal probe laws in place, we still have some opposition to getting the images listed in the TV guide.

But look at North Carolina - by the end of 2014; in 30 percent of the counties, it will be illegal to have a vagina. And by 2016, we expect that number to increase to 50 % and by 2018 - we will have completely irradiated them so we can then focus on ending sharia law.

So I know we still have some work to do on both the vagina front, and the uterus front and by hearing the hobby lobby case, the Supreme Court is doing its best to do what’s best for us all.

If this story doesn’t make you appreciate this countries can do spirit, I don’t know what will.

Look. We have to make some tough choices, and one of those choices is that the uterus needs to find balance between gig business and freedom.

Let me ask you: Why should hobby lobby have to pay for their employees to become inadequate workers?

Because good sex on a regular basis will cut into your enthusiasm for decoupage and scrap booking, and more importantly, cut into the enthusiasm of the hobby lobby employee to sell decoupage and craft related supplies.

This why I am proposing in 2014 that hobby employees hot glue gun their knees together as a form of birth control.

That my friends is called compromise and we need to see more of it.

And speaking of guns, we have a few heroes from the war on women gracing us tonight in my upper chamber.

The first 2014 Medal of Honor recipient, Mike Huckabee is here. Just five days ago, we watched Mike Huckabee defeat uncle sugar and his libido jihad - liberating uteri from the tyranny of family planning.

Also joining us tonight, one of the first men to lead the charge in the war on women and gave his career to do it - purple heart recipient, Ken Cuccinelli has joined us.

Ken. We thank you and want you to know, there are so many in my chamber tonight who will take up where you left off, to ensure your fight to ban blow jobs will live on to fail another day.

And so my fellow uteri, look inside and see all your political allies, religious allies, Supreme Court allies as well as all of your supporters watching right now on the Internet who from behind their avatars - be it a delicate egg or a eagle clutching an AK, will always remind you they have your back... in an alley...

In conclusion, the state of our uterus is in the hands of so many.

As the old saying goes, behind every successful uterus is a man - calling her a whore, while cutting her pay.

So in 2014 this uterus would like you- wherever you live- wherever you love- and join us as we begin to explore all 50 states to celebrate the Ken Cuccinellis, Mike Huckabees, or Rick Perry’s in your statehouse.

What do you think about the state of the Uterus? Important? Urgent? Necessary? Let me know what you think on Twitter and Facebook.