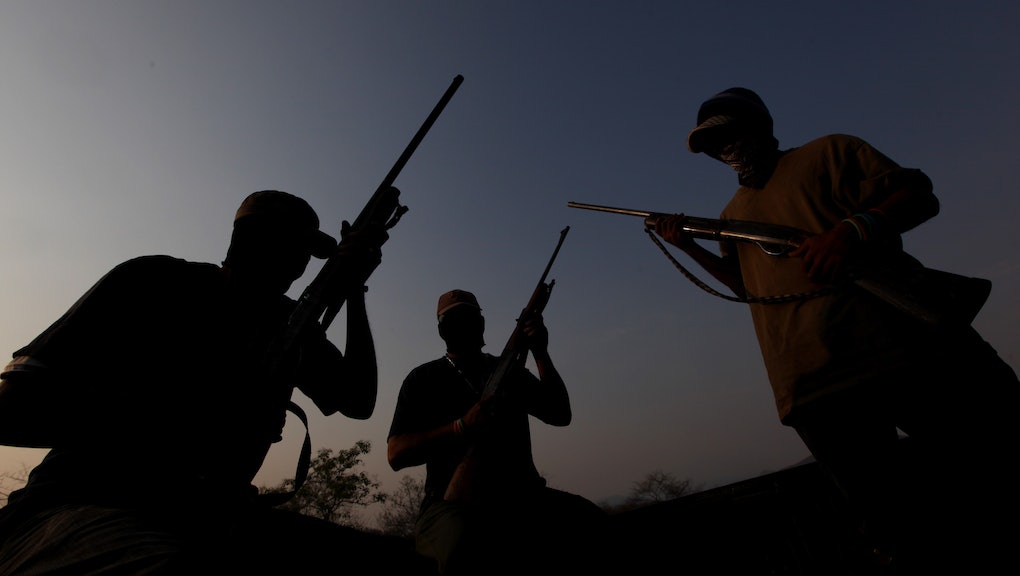 Mexico Has Legalized Vigilantism. The Drug War Just Took On a New Twist.

The news: On Monday the Mexican government legalized “self defense” groups, also known as vigilantes, in the latest move to combat the violent drug cartels plaguing the country.

Whoa, whoa, whoa – vigilantes? As in, citizens taking the law into their own hands?

Yes. The agreement unites some 20,000 members of civilian vigilante groups in the western state of Michoacan with the Mexican military, forming “Rural Defense Corps” to defend the region from drug cartel known as the Knights Templar.

So how does this work? Though the details are not fully hashed out, vigilante groups will have to provide the military with a list of members for registration, and in turn the Mexican military will provide support to these self-defense groups and allow members to carry firearms typically prohibited under Mexican law. Some members of the vigilante groups will join the local police forces, and even don uniforms.

The vigilante groups in Michoacan are made up of average civilians like farmers and ranchers, who were forced to defend themselves after the Knights Templar took control of the region and implemented a regime of terror, violence, and corruption. The Mexican military has been unsuccessful in its attempts to dethrone the drug cartel, so civilian self-defense groups were formed.

Will this be effective? The self-defense groups have been mildly successful in driving out the Knights Templar prior to the agreement, and on Monday morning Mexican law enforcement announced it had arrested one of the drug cartel’s top leaders, Dionicio Loya Plancarte, also known as The Uncle.

Whether it works or not, this agreement is evidence of a military in over its head when it comes to combating the drug cartels in Mexico. After the police proved ineffective, civilians have taken matters into their own hands. Just don't expect Batman to show up any time soon.