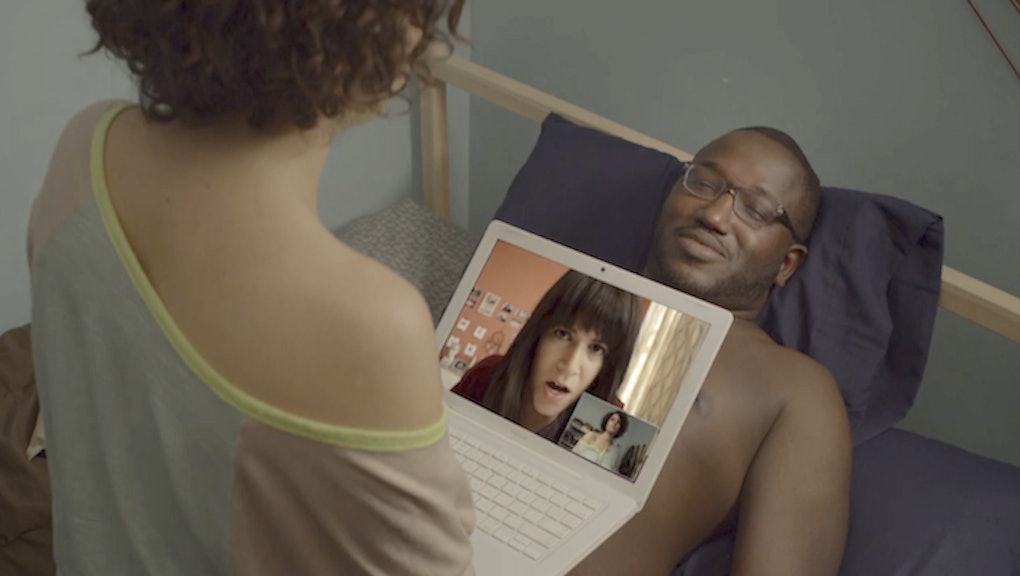 Broad City is Comedy Central’s newest series, starring creators Abbi Jacobson and Ilana Glazer as two white girls living in Brooklyn. I already watch a show about white girls in Brooklyn, you may be thinking. And it’s on HBO, so it’s cultural and feminist and stuff. An understandable perspective, especially since Comedy Central isn’t a network known for depth and resonance. But Broad City is different — it’s fresh and funny showcasing a unique brand of feminism, and it’s not to be overlooked.

Unlike Scandal, Broad City doesn’t feature diatribes about equal rights. Unlike Beyoncé, this show doesn’t feature in-your-face girl power — in fact, “empowering” is one of the last adjectives you'd probably use to describe it. Instead, Broad City opts for a different kind of feminist expression — one reflecting how normal people actually behave. A kind of feminism that’s not concerned with the Internet’s reaction. A kind of every day feminism that feels real.

Back when Broad City was still a web series, the Wall Street Journal referred to it as “sneak-attack feminism.” Extrapolating, this makes Glazer and Jacobson’s characters femininjas. Extrapolating further, they’re not alone — 2014 is chock full of women who act like feminists but don’t feel like screaming it from the rooftops. But while a lot of people opt not to shout their feminist identities, abstaining usually gets them reprimanded, shamed, or at least negatively discussed. Over the last year, we’ve seen a rise in outcries regarding whether high-profile icons are actually as pro-women as they claim to be. From Bey’s onslaught of haters to Jezebel’s Lena Dunham debacle, the way women and websites (oh — and men) perform their feminism seems to be under constant scrutiny.

Debating these credentials is exhausting, and can make even declared feminists question where their identities stand. Perhaps this is why Broad City feels like such a breath of fresh air — the show is only two episodes in (plus two seasons of webisodes), but already, it couldn’t care less about feminist semantics.

In an interview with executive producer Amy Poehler, Jacobson and Glazer discuss the show’s title. “Broad,” Glazer explains, “is like this full woman. [She] knows what she wants, knows who she is, and is doing the best can.”

Broad City’s characters (also named “Abbi” and “Ilana”) do just that. They’re fairly simple creatures who like drugs, sex and hanging out with each other, and they’re not going to ask permission to be crude or explicit in front of you. By doing things like imagining sex with Lil’ Wayne, telling a casual hookup that they’ll “respect his dick,” and cleaning a man’s apartment in their underwear, the girls exercise their equality in a ways that are more real than obvious.

Knowing and taking what they want is how Glazer and Jacobson hurl their femininja throwing stars. Jacobson and Glazer ask why a woman can’t be sexually aggressive, feminist and also a twenty-something; but they don’t wait for your answer — they're already getting laid.

The way they follow their … ahem, hearts borrows a page from Poehler’s imperfect feminism, and reminds us of the laid-back girl power of Leslie Knope.

That’s the beauty of Broad City — it doesn’t have time to join our endless feminism conversation, so it pushes boundaries without even trying. While Girls was a pioneer in the twenty-something bedroom-realism department, Broad City’s hands-off approach is refreshing — it makes the whole thing matter less, which makes the message more effective. If Broad City silently sneaks up behind you, Girls sometimes gets clumsy and bumps into a vase.

Perhaps “broads” are the next archetype of feminism — women who take what they want, because that’s the only way to get it. But should everyone follow Broad City’s lead, and lose the talk in favor of the walk? Probably not — we don’t yet live in a world where we can trust ourselves to stop preaching “feminism” and still practice it. But the show can serve as a good, hyperbolic example for those of us feminists who know what we want from equality. We may not Skype our friends while riding surfboard, but we do subscribe to a chicks-before-dicks philosophy. We may not tell our drug dealer our “legs are wide open” if he wants citizenship, but we’re not necessarily above considering it.

Broad City reminds us feminism can be practiced in any number of ways — if tomorrow we feel like cleaning an apartment half naked, so be it.