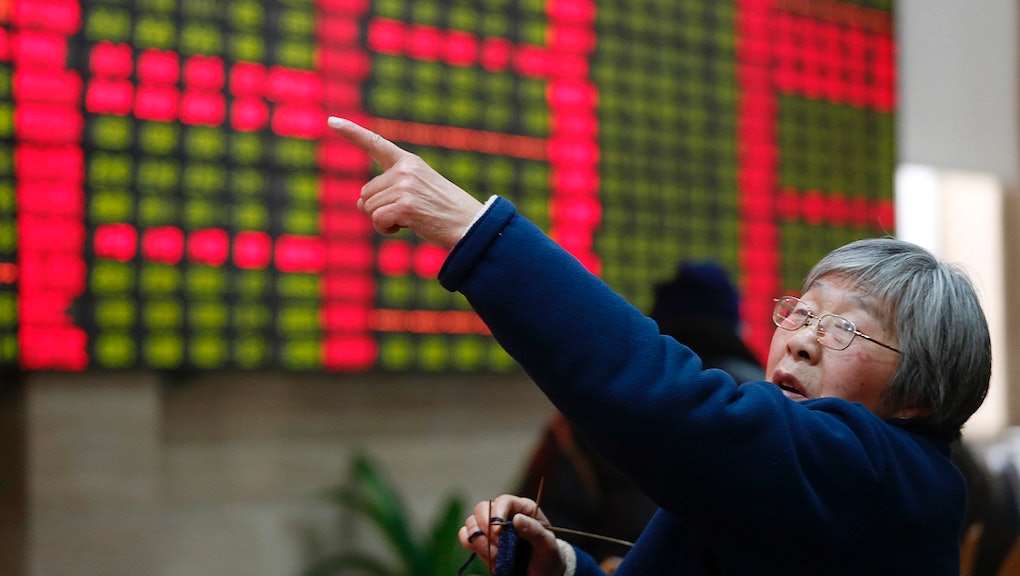 Last week, the HR consulting firm Towers Watson published a survey on white-collar labor in the Asia Pacific. For each country, the firm calculated the average amount of income at different levels of corporate management, and what the survey discovered is seriously troubling.

Towers Watson found wide disparity in pay levels in the 13 countries it surveyed, but the most glaring case was China. At the entry-level, Australia paid "eight to 11 times more than China," while "the gap narrows" after the middle management level.

"Pay levels in China lags that of Hong Kong across most of the job categories, but at senior management level — there is convergence. At top management, remuneration is 11% more in China (US$215k) than in Hong Kong (US$193k)," the report adds.

Quartz has used the Towers Watson data to put together the graph below:

While there are a few countries that pay more than China at the top management level (Australia, Japan, Singapore), what's really striking is the leap that China takes between middle management and top management to overcome its near-competitors, South Korea and Hong Kong.

Yet at the entry-level positions, China's average income is almost the same as Indonesia, Malaysia and Thailand. In fact, the average worker in China's private sector makes as much as a cleaner in Thailand.

"Pay for senior management has risen in China over the past few years because of a shortage of talent at this management level. It means that top-level pay in China is comparable to that elsewhere in the world," the report concludes.

Another shocking reveal is the vast difference between China and India at all income levels. Despite once being considered the main competitors of the Asia Pacific, the Chinese economic boom has left India by the wayside. "At senior level, executive pay in China is more than twice that in India (US$94k)," says the report.

While President Barack Obama's recent emphasis on income inequality has made waves across the U.S., wealth disparity remains a global problem. As China's love for its CEOs shows, those at the highest levels of the economy are getting richer, while the everyone else is staying the same.