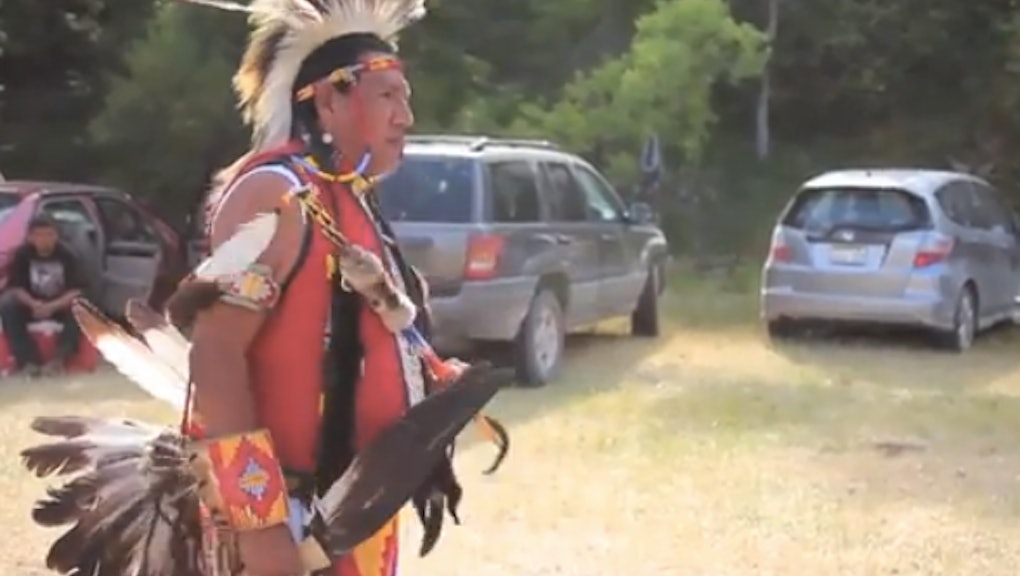 This Sunday, football fans across America will be tuning into the Super Bowl for the commercials and expecting a few good laughs. But every once in a while, there's an ad that makes you really think.

A new commercial from the National Congress of American Indians does exactly that:

For years, America has been debating the use of the term "Redskin" by Washington's NFL team, the Washington Redskins. Though the NFL says they're listening, nothing has been done. But with this ad, the NCAI has put a human face on the story and shows exactly why the term "Redskin" is so problematic, in compressing an entire people's rich and varied identity into one stereotype.

Even though the term "Native American" has its own issues of blanket categorization, it's at least used cautiously and with the knowledge, if even tacit, that this group of people can be somewhat identified by their long-standing relationship to the continent. Redskin, however, is simply a terrible slur. It reduces these groups to the color of their skin (in a very racist way) and lumps everyone together with no thought to their heritage or history.

Despite almost constant pressure, Washington Redskins owner Dan Snyder has repeatedly said he has no plans to change the team's name. In a letter to fans, Snyder wrote that the team name "was, and continues to be, a badge of honor. ... I've listened carefully to the commentary and perspectives on all sides, and I respect the feelings of those who are offended by the team name. But I hope such individuals also try to respect what the name means, not only for all of us in the extended Washington Redskins family, but among Native Americans too."

Basically, Snyder has heard the complaints, but he doesn't care.

A number of other major sports teams have questionable names — the Kansas City Chiefs (NFL), the Atlanta Braves (MLB), Cleveland Indians (MLB), Edmonton Eskimos (CFL), Chicago Blackhawks (NHL) — and for one reason or another, they're mostly Native American slurs. While some might argue that naming a team after Native Americans is a way to honor their courage and strength, the use of these slurs is nothing more than capitalizing on a relatively defenseless group of people that have been marginalized in America for centuries.