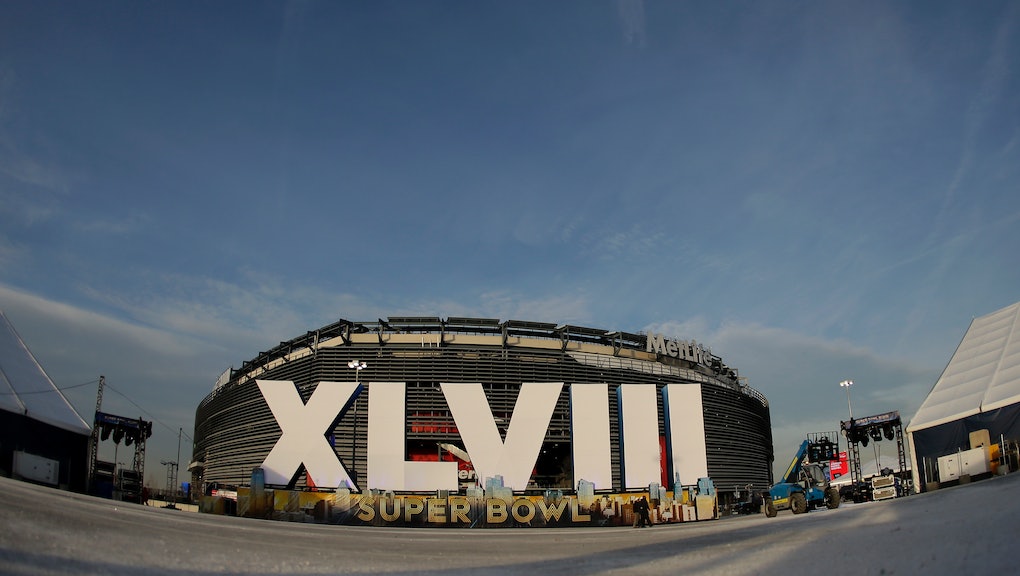 Americans take the Super Bowl very seriously, and the numbers prove it: last year, 108.4 million people tuned in for the sporting event.

It's an important event in the U.S., and maybe not just for the love of football. Roger L. Beahm, a professor of marketing at Wake Forest University, argues that the Super Bowl is more than just a game, it's a "cultural event that is distinctly American."

Personally, I haven't actually watched the Super Bowl since 2004 – the year of the nipple slip heard round the world. This year, after I told someone that I won't be watching the game, he asked, "What kind of American are you?"

He was kidding, of course, but in some ways he's right: the Super Bowl is the sum of many of the things that we love – or love to hate about America.

Fans during the Super Bowl in 2009. Image Credit: Wikimedia Commons

So what do people from other parts of the world make of this culturally significant event? I asked people from different countries what they thought of when they picture the Super Bowl. Here's what they had to say:

Belgium: "A welcome excuse to invest millions in commercials. Sadly, there's no bowling involved. Also, some diva sings "God Save the Queen" – the American version."

Germany: "I have never watched an entire episode. Don't know it really, except the music acts."

UK: "I suppose I think the Super Bowl is like the FA Cup, but with more ads and fewer abusive chants. I couldn't tell you who is in it, but I do know that Scarlett Johansson will make fizzy drinks at half time. Oh, and nipples aren't allowed."

Norway: "Is the Super Bowl essentially like the Champions League final for the inferior type of football that mainly Americans play, but with funnier ads and a high-profile half-time show?”

Bahrain: "I think of big-bellied men with beers and pizza and violence."

Israel: "I think of a dangerous sport covered in commercials, with an intermission for shitty music."

Canada: "The Super Bowl is part spectacular face-painting with costumery and part religious festival for Americans. Regardless of race, religion or sexual orientation, Americans who worship the sport improperly called 'football' eat starchy, fatty foods and wait for brilliant commercials, as they chug beer. Meanwhile, the rest of the world scratches our heads because we all know that 'football' is played with 11 a side, a round object, and a proper goalkeeper. Oh, and everyone has a neck."

Italy: "I know it is something to do with sports – perhaps American football? I imagine it being a really big event. I know artists go and perform there, so I suppose I imagine a lot of people gathering in local cafés to watch the games. Maybe some bigger cities organize viewings for the public, with giant screen televisions in one square, people gathering to watch the games, drinking beer, and partying. At home, I imagine that people invite friends over and watch the game together. I wasn't aware that the Super Bowl was something people celebrated like a holiday, more like people here in Europe, with the European Cup or World Cup."

France: "I don’t give a shit about it. I’d rather go to see an exhibition."