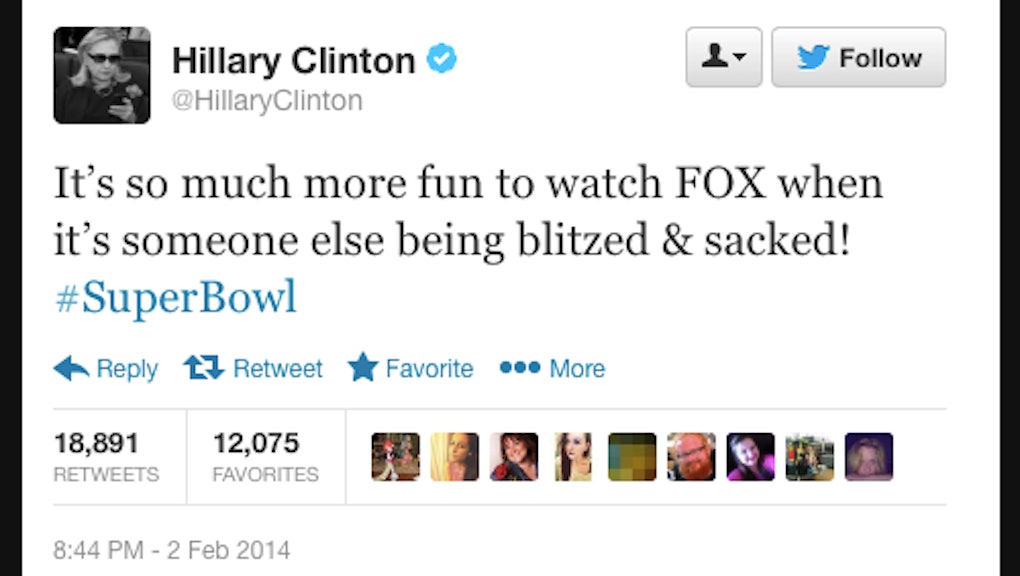 This Was the Single Best Tweet Of the Super Bowl Night

What she was likely referencing was a bizarre, tense, and one-sided partisan interview aired during the Super Bowl pre-game show, in which viewers watched as Clinton's former boss, President Barack Obama, defended himself against a barrage of conservative criticisms that were entirely unrelated to anything else in Fox's Super Bowl telecast. (Watch the interview here.)

The Obama grilling came as part of a special 10-minute Fox News interview, hosted by the not-so-fair-and-balanced conservative pundit Bill O'Reily. The interview focused on stale news items that haven't been heavily debated for months (except by conservative pundits) including the crash of Obamacare website healthcare.gov, the IRS scandal, and the Benghazi affair.

... One could sense that the latter topic relating to Libya might have irked the former secretary of state, under whose watch the Benghazi attack happened.