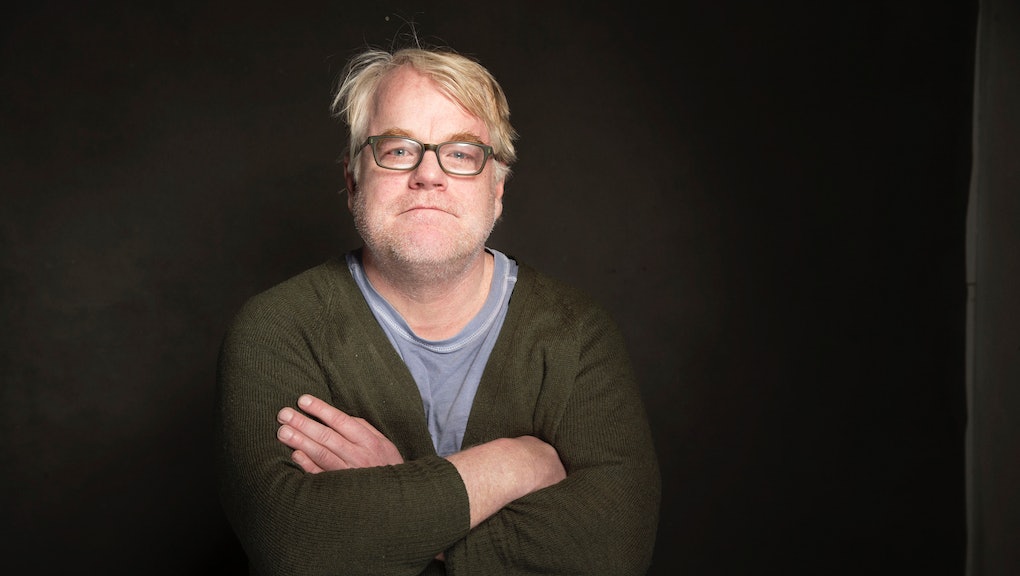 Why Philip Seymour Hoffman Was an LGBT Hero

But why isn't anybody talking about the fact that Hoffman was a silent hero for LGBT people?

While he may not have marched in parades, waved rainbow flags or partnered with gay rights groups, Hoffman put homosexuality front and center by portraying gay characters as being more than just gay.

Hoffman brought nuance to LGBT roles throughout his career, elevating their status in popular cinema.

His seminal film, Capote, may very well be the best example. Rather than focusing on the fact that the title character was gay, Hoffman chose to portray author Truman Capote as nuanced well beyond his sexuality. Yeah, Capote was gay, but he was first and foremost a person. His homosexuality was only part of who he was, not a quality that defined who he was. That's the way Hoffman played him, anyway.

"You really see that it was a part of his life for sure, but it wasn't something he trumpeted," Hoffman said in an interview with Las Vegas Weekly, while speaking about Capote's sexuality. "It was a very interesting part of who he was. So we knew that if we emphasized it, we would be forcing something. We'd be actually saying, 'Well, he's gay, so we should probably show something about the fact that he's gay.'"

Hoffman revealed his approach to playing gay roles, like the lead in Capote, in an interview with Out magazine, saying "When I play somebody gay, I never think of it as 'I'm playing a gay character.' It's interesting to play all the different aspects of the character."

Whether it was the gay-curious, boom-mic operator Scotty in Boogie Nights, or the flamboyant drag queen Rusty in Flawless, Hoffman brought similar nuance to LGBT roles throughout his career, elevating their status in popular cinema.

And interestingly enough, the LGBT community recognizes Hoffman for introducing a certain element of sexual ambiguity to seemingly straight characters. His performances in The Master, Magnolia and The Talented Mr. Ripley have all been cited as examples.

But with Hoffman's untimely passing, who's left to grab the torch?

Critics praised Matt Damon for his role as Liberace's 17-year-old lover in Behind the Candelabra, not to mention the fact that he played a gay lead in The Talented Mr. Ripley. But let's face it — Jason Bourne is never going to tackle LGBT roles as delicately as Hoffman did.

In that regard, he was one-of-a-kind.