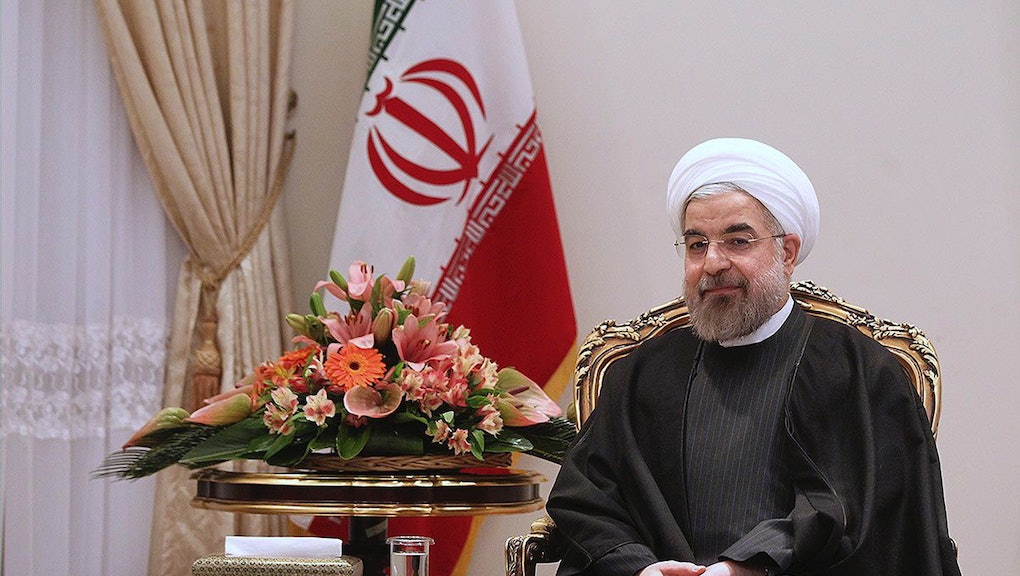 They say imitation is the sincerest form of flattery — but what if the imitation ends up more successful than the original?

That might be the case in Iran, where President Hassan Rouhani tweeted a surprise announcement on Wednesday to extend health care to all Iranians. But the moniker may seem familiar to some Americans:

He followed up his tweet with an appearance on Iranian state TV, where he reiterated his plan to cover the 5 million Iranians who are uninsured to achieve universal coverage.

While the name "Rouhanicare" may be a joke, President Obama should be taking notes. For one, Iran's existing health care coverage is much more efficient and comprehensive than the American one. Because the Iranian constitution guarantees basic health care, most public clinics, vaccination programs and prescription drugs are heavily subsidized by the state. According to the Economist, around 73% of Iranians are insured through the public health ministry and the social security program.

The level of coverage is very high as well. A World Bank report found that compared to the rest of the Middle East and North Africa, "health indicators [in Iran] are usually above regional averages. This success is based on the effective delivery of primary health care which almost balanced health care outcomes in rural and urban areas."

In fact, one of the biggest roadblocks to healthcare in Iran comes in the form of U.S. sanctions: the country has seen a healthcare crisis, since it is difficult to obtain lifesaving medicines produced in other countries.

The "Rouhanicare" moniker may be facetious, but the good-natured ribbing signifies Rouhani's willingness to continue engaging with the West, even when his opponents are attacking him for doing so. It's hard to imagine Obama making a similar joke in the face of an inevitable media shitstorm — and even harder to picture Rouhani's hard-line predecessor Mahmoud Ahmadinejad passing such a glib remark.

While Rouhani may not need to work too hard to sell the idea of universal health coverage, he is trying to sell something harder: himself, and the idea of a moderate, progressive Iran. Despite his popularity with the younger generation, Rouhani is still facing significant push-back from conservative forces. The fact that he is willing to go against the grain, and even drop a light-hearted Obama joke in the process, telegraphs his boldness in the face of opposition — and that's something that Obama can benefit from learning.