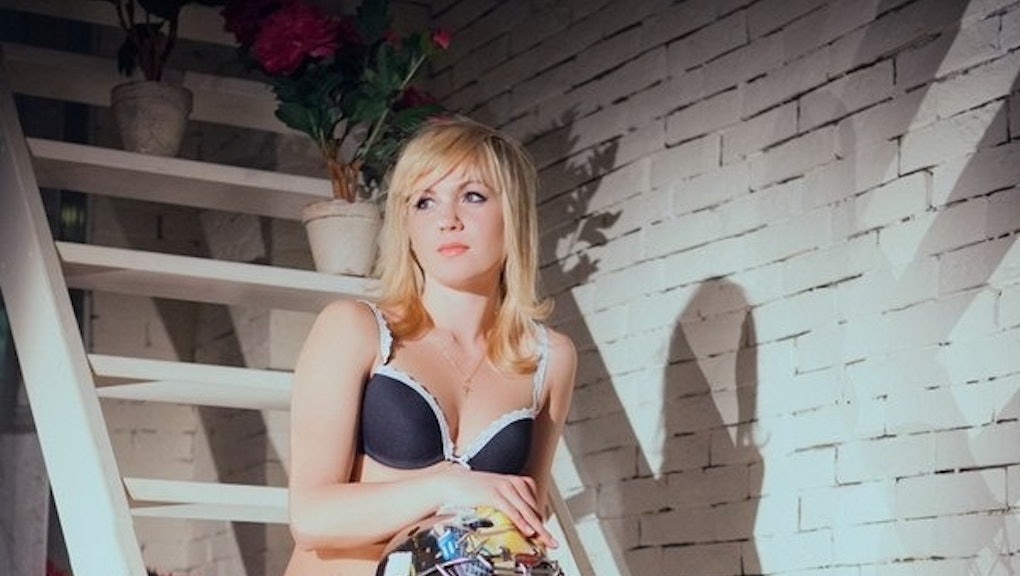 Olympians Strip Down to Show Femininity, But Demean Female Athletes Instead

With the start of the 2014 Winter Olympics only days away, Russia is scrambling to make sure everything's in place and ready for the athletes, fans and journalists (that last part unfortunately hasn't been perfect). In a late-game effort to energize their fans and excite the nation, Russia's team has published a series of photos highlighting some of their more "photogenic" female athletes.

Calling their own athletes their "best campaign for our team in Sochi," Russia's team released a series of photos of female athletes wearing a bit less than their uniforms — they're scantily clad in lingerie and revealing dresses. Hoping to refute the stereotype that a female athlete is "a mountain of muscle and manly figure," the Olympic team's photos — which could just as easily fit in the pages of Maxim — show hockey players, skaters and curlers in a more "feminine" light, presumably to entice fans to watch more coverage and attend more events.

While it's admirable that the Russian team is trying to refute the "muscle mountain" stereotype, they've just backed themselves into the opposite corner by going too far and objectifying them in these photos. It's as though they're saying "No, they're not all weird and muscly, look at how pretty and sexy and feminine they are." Is there no middle ground? Can female athletes only be a hulking strongwoman or a petite, feminine minx?

And why did the Russian team feel the need to shoot these photos? Isn't it enough that these women are world-class athletes? Is the Russian team concerned that if their athletes aren't hot, fans won't be interested? And if they did want to show off their beautiful athletes, did they need to be dressed so provocatively? They would have been beautiful wearing their uniforms, holding their equipment (their actual equipment — remind me how an old-school microphone plays into a curling match).

Can a woman only be beautiful if she's wearing next-to-nothing? (Spoiler alert: no)

Furthermore, unless you've never watched the Olympics, you would know that female Olympic athletes aren't always masculine mountains of muscle. This campaign was less a gesture of female empowerment and more a cheap ploy to get more dudes interested in the games and Russian team.

It's reasonable for a country to try to ignite its fanbase's passion with some team publicity. The Russians had a nice thought to promote the idea that Olympic athletes can come in all shapes and sizes, but they didn't really do that. By going so far to display these athletes' beauty, the Russian Olympic team has almost made us forget their talent.