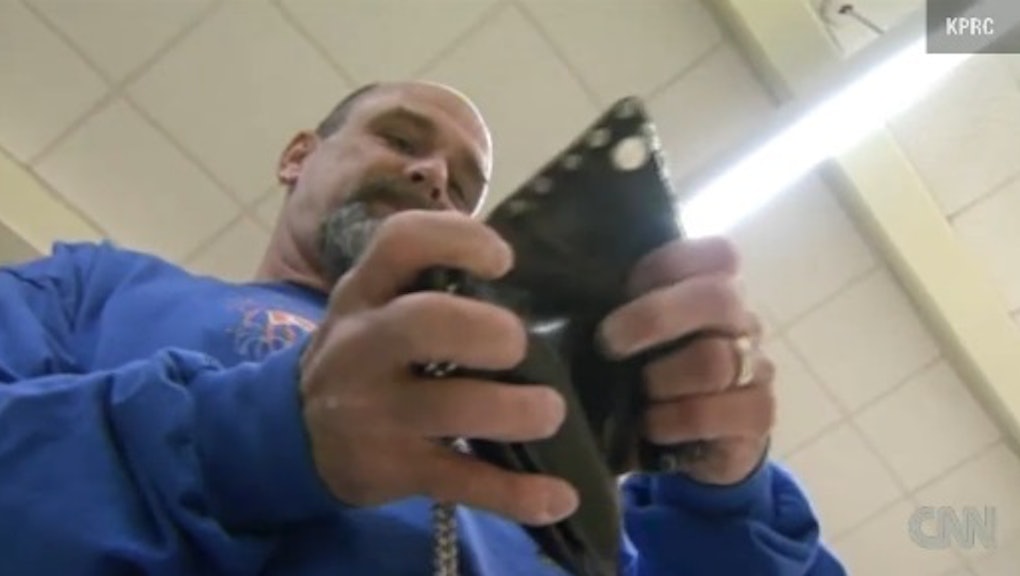 When Kenny Thompson learned that a Utah elementary school was trashing the school lunches of students with delinquent lunch account balances, he was, like anyone, upset. But he did something many people wouldn't do: he opened his wallet for students in his Houston community.

“I’m like, ‘Wow. I know that’s probably a situation at my school, and the school my son goes to, and the other schools I mentor at.’  So I came in and inquired about it,” Thompson said.

Thompson learned that many students at Valley Oaks Elementary School in Houston were already on a reduced lunch plan. Their parents were unable to afford daily meals costing $0.40. Kids with negative balances on their lunch accounts receive different lunches than the other kids, like cold cheese or peanut butter and jelly sandwiches rather than a hot meals. It's a scenario that repeats itself in other states.

"These are elementary school kids. They don't need to be worried about finances," Thompson said. "They need to be worrying about what grade they got in spelling." Interestingly enough, it proves that Thompson knows what most education researches do, which is that eating balanced meals has a major effect on student's performance.

So this week, Thompson walked into Valley Oaks and paid off the accounts of more than 60 children. It cost a total of $465. News of Thompson's actions have caught on fast, and it seems the local hero's generosity isn't going to end with Valley Oaks. He says he's already targeted another school with students he'd like to help.

"When I left the building knowing that they were getting fed, they didn't have that stress," he said. "[It was] the best money I ever spent."