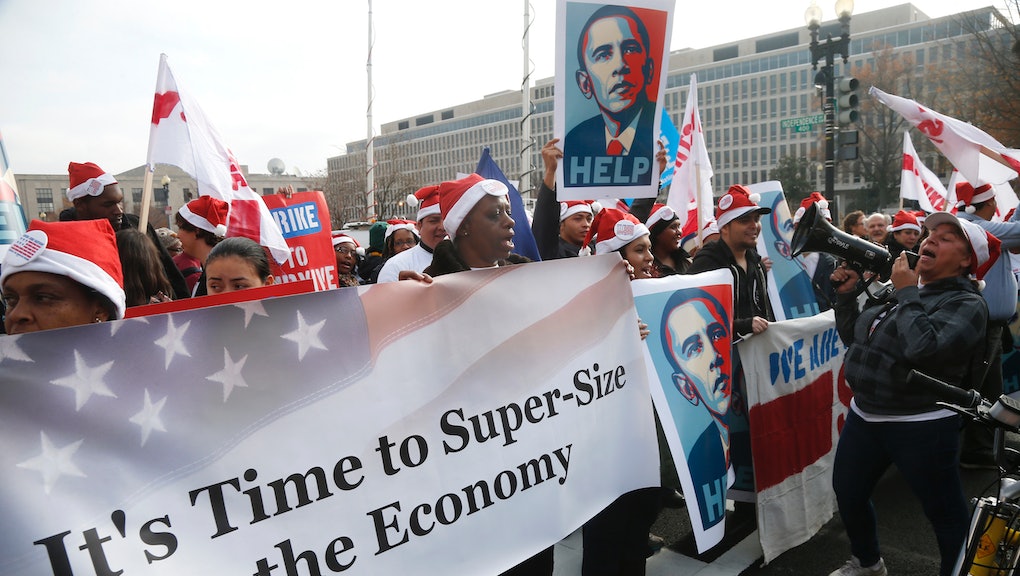 There's a new poll out with some incredible findings.

The new HuffPost/YouGov poll found that raising the minimum wage is a more attractive concept than capitalism, with 62% of respondents supporting raising the hourly minimum wage from $7.25 to $10.10, compared to 53% who have a positive opinion of capitalism. Fans of capitalism were more likely than not to support a wage hike for low-income workers, with 51% backing an increase, according to the Huffington Post.

And it's not just capitalism that has fewer fans than a higher minimum wage. Raising the minimum wage also has a higher percentage of support YouGov polls than other popular progressive causes like marijuana legalization, gay marriage and abortion. It's also more popular than the Affordable Care Act, though that's not as surprising.

In his recent State of the Union address, President Obama announced an executive order to increase the minimum wage for federal contractors. As for the rest of the working population, states are taking matters into their own hands. More than 30 states are considering legislation to raise the minimum wage — 22 bills have been introduced in 14 states and the District of Columbia on minimum wage increases and related issues, according to the National Conference of State Legislatures.