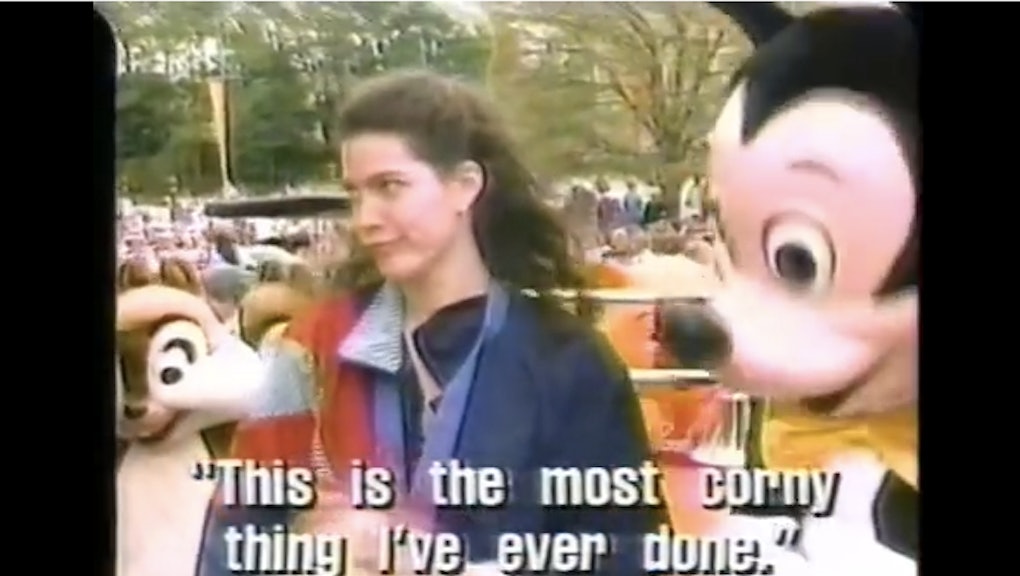 Nancy Kerrigan is known for a lot of things. The Olympic athlete is celebrated for her unique sense of style, bountiful grace, flawless ice skating performances ... heck she even overcame being the target of a brutal steel baton attack staged by a rival during the 1994 Winter Olympics in Lillehammer, Norway. But what a lot of people don't remember is that the female athlete was also often criticized for her "bad attitude" by the media. Many articles have used the terms "grumpy" and "bitchy" to describe the athlete. In this 1994 clip from a local NBC-TV affiliate, Kerrigan is seen begrudgingly taking part in an event that has nothing to do with her sport: smiling and waving during a Walt Disney parade.

Watch the hilarious yet patronizing news report showing a male anchor referring to her as the "frosty ice princess" and reminding "Icy Nancy" that she needs to start behaving like a presentable young lady.

It's not like female athletes don't have to deal with this kind of condescending stuff today, but this segment is pretty telling of a culture that used to treat women so much worse than it does today. Sure, athletes need to expect that they'll have to earn a living pleasing their sponsors, but I doubt a similar segment would have ever run about a male athlete.

After that clip was aired, Kerrigan issued a statement clarifying that she wasn't upset about being with Mickey Mouse. The skater explained that she was mad at her mother for forcing her to wear her medal during the parade, something she felt was too braggy.

Regardless of whether the NBC-TV anchor was too hard on the athlete or not, there's one thing that's clear: Nancy Kerrigan is the girl you wished you were friends with in high-school. She's fabulous, has great hair and she's totally sassy.